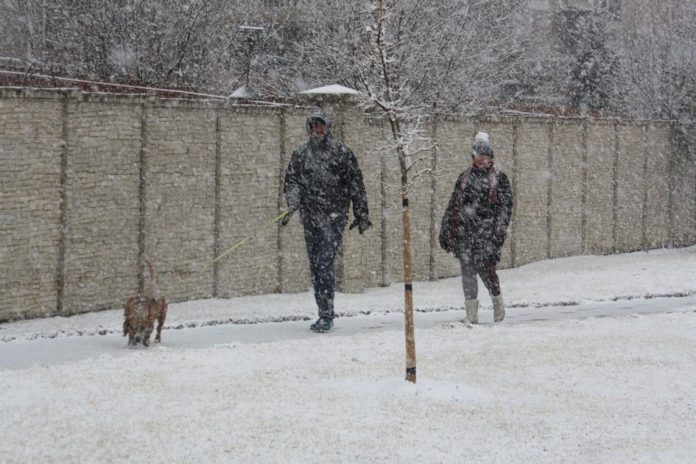 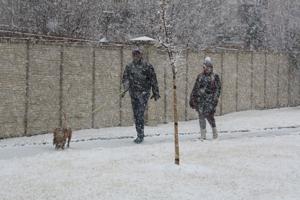 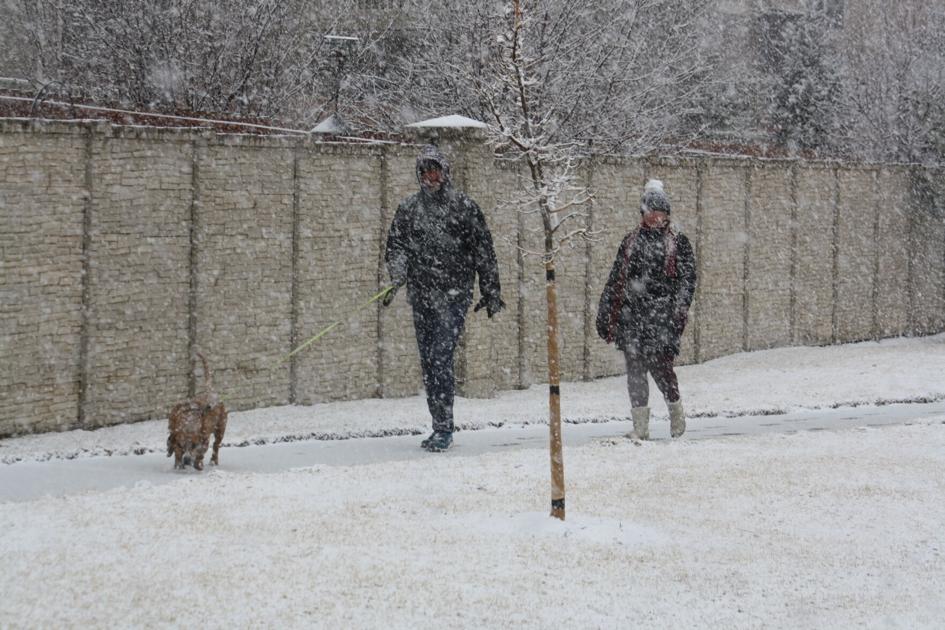 Spring sprung Saturday — but by Sunday, Mother Nature seemed to have forgotten. Snow-laden clouds again descended upon the area, with up to 10 inches possible through noon Monday in some parts of El Paso County.

Highs on Saturday topped out in the lower 70s, with sunshine abundant. Bright skies Sunday morning shifted to rain by afternoon, then to snow. On Sunday the National Weather Service in Pueblo issued a winter storm warning for the northern portion of El Paso County, and a winter weather advisory for the southern portion, lasting through noon Monday.

Updated list of closings and delays due to the weather

Moderate to heavy snow is expected to continue across the mountains and adjacent lower elevations, along and west of the I-25 corridor, tonight. Snow covered roads and slippery conditions are expected tonight and Monday morning. #cowx pic.twitter.com/RqSJ9mLy9C

As of press time Sunday evening, accumulations of 6-12 inches were expected in the warned area, including northern El Paso County and Woodland Park as well as some areas northwest, and an area just east of Westcliffe. Five to 10 inches were expected in the advisory area, including the southern portion of El Paso County and extending southward into Cañon City, Westcliffe, La Veta and into New Mexico, as well as northward to Salida, Buena Vista, Aspen, Leadville and Denver, according to the weather service. The bulk of snow was expected to accumulate Sunday night into early Monday.

Winds could gust as high as 35 miles per hour in the warned area. Conditions could make for a hazardous morning commute Monday, the weather service said.

The southern portion of Colorado Springs will likely see 2-5 inches of snow by midday Monday, with totals reaching 5-10 inches in portions of the city north of Woodmen Road, said Stephen Rodriguez, a meteorologist with the National Weather Service in Pueblo.

The highest totals, around 10 inches, can be expected along the Palmer Divide in locations like Monument and Palmer Lake, he said.

Such totals dwarf those seen the weekend before last, when a winter storm brought as much as 25” to some portions of the Palmer Divide over the course of the weekend, Rodriguez said. But totals from that storm and this one might rival each other in the city, which saw less snow last storm.

The snow should be a wet, slushy one, given recent warm temperatures. More precipitation could be on the way later in the week, he said, as meteorologists eye another storm Tuesday into Wednesday.

“Any moisture to the region is going to be really welcome here,” he said.