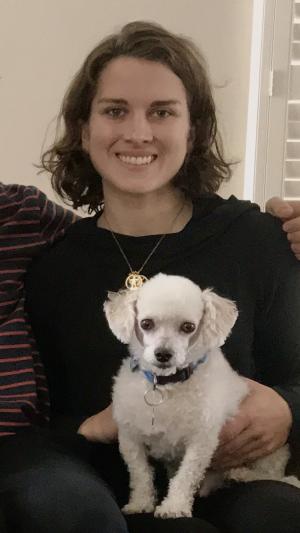 Editor’s note: We’re making this story free to read due to public safety concerns. But we rely on the support of subscribers to be able to do this work. Please support us by purchasing a digital subscription today.

Get further updates to this story here.

Her black 2015 Jeep was found parked in the Pingree Park area south of the Poudre Canyon. Police are working with Larimer County Search and Rescue to find Cummings. Due to safety concerns related to the terrain, volunteer assistance is not needed, according to Kimble.

Police are asking anyone who has been in the Pingree Park area since Dec. 29 and who may have seen the 32-year-old Cummings to contact Detective Marty Shaw at 970-416-2051 to help with search efforts.

6:15 a.m. Wednesday: Christine Cummings’ vehicle has been found at a trailhead in the Poudre Canyon, according to a Facebook post by friend Melissa George around 6 a.m. Wednesday.

The post states that Larimer County Search and Rescue has started a search and that authorities ask that volunteers wait to help with the search because of safety risks.

Friends of Christine Cummings said the Fort Collins resident’s uncharacteristic disappearance for more than a week has them gravely concerned about her well-being.

They fear Cummings, 32, who moved to Fort Collins a couple years ago to be closer to  the outdoors she loved, may have ventured into the outdoors unprepared.

“It is uncommon that we haven’t heard from her for more than a week,” said friend Katelyn Holmes-Taggart, who met Cummings through a church group in while Cummings was going to graduate school in Washington, D.C. “What concerns me more is that she doesn’t have the right gear to go on an outdoor adventure in winter and be successful.”

According to friends, Cummings’ last communication was the evening of Dec. 29 when she texted a friend that she returned safely to Fort Collins after visiting family in Granger, Indiana, just outside of South Bend, for Christmas. The friend said a neighbor saw Cummings’ vehicle at her residence that day.

Fort Collins police were contacted by a relative of Cummings on Friday concerned that they had not heard from Cummings for several days.

Officers tried to contact Cummings at home, but neither she nor her vehicle were there, according to Fort Collins police. Family members believe she may have gone hiking and are concerned for her safety.

Friends said the avid outdoorswoman’s hiking boots were gone from the house but that all of her other outdoor gear and equipment that she would have taken on a winter outdoor adventure was still in the house.

Fort Collins Police Services spokesperson Kate Kimble said based on the facts of the ongoing investigation that detectives believe Cummings left home on her own accord and that foul play is not suspected.

“We are concerned because we have no travel plans and we don’t know where she is,” Kimble said.

Holly Roberts, who met Cummings in 2014 through a church group in Washington, D.C., said her friend was always responsive communicating. However, when Cummings did not return a text Roberts sent Friday wishing her friend a happy New Year, she became concerned.

She later found out her friend was missing.

“On a scale of 1 to 10 of how concerned I am, I am at 75,” Roberts said. “I’m not an outdoorsy gal but I’m aware of how cold Colorado is in winter. Regardless of why Christine may have gone outdoors in this weather, the reality is that she was unprepared and it scares me. What’s more concerning is that she is not letting anybody know she needs help.”

Holmes-Taggart said she looked at a map of the Fort Collins area and saw the rugged Rocky Mountains and remote backcountry and was overwhelmed at the endless possibilities of where her friend might have gone.

“What I saw was terrifying,” Holmes-Taggart said of looking at the map. “We just need to find her car and just try and go from there. I’m sure she is unsafe and that she needs help.”

Melissa George is a friend of the Cummings family who worked with Christine when she was a graduate student at Colorado State University. The Fort Collins resident started looking at ways to get the word out that her friend was missing. As part of that effort, a Facebook group  was established to ask people to look for Cummings’ 2015 Black SUV with license plate EOL263. The “J” might be missing from Jeep.

As of Tuesday morning, more than 75 trailhead and other recreational sites had been searched  — stretching from local natural areas and open spaces to the Boulder area to Rocky Mountain National Park — without the vehicle being found, according to the site.

Fort Collins police are partnering with local agencies to search local outdoor areas. They listed Cummings as a missing person and notified staff at Yellowstone and Rocky Mountain national parks, two locations that Cummings was known to frequent.

Rocky Mountain National Park spokesperson Kyle Patterson stated in an email Tuesday afternoon that Fort Collins police notified park staff Saturday regarding Cummings’ situation. She said park rangers have looked for her vehicle with no success but that they also notified other national parks in the region to be on the lookout for Cummings and her vehicle.

Friends said Cummings was married but that she and her husband separated and that her husband moved from Fort Collins back to the East Coast in the fall.

Holmes-Taggart and Roberts, who both still live in in Washington D.C., said they have known Cummings’ husband since they all met while in grad school in Washington D.C. They said he has been helpful in providing police access to their Fort Collins house, Cummings’ favorite trails and passwords.

Cummings’ mother, Jennifer, sent a statement through friends regarding the efforts to look for her daughter. It read: “We appreciate the caring responses of so many who expressed concerns and gotten involved to help.”

Fort Collins police are asking anyone with information about where Cummings might be, her travel plans or the location of her vehicle to call Detective Marty Shaw at 970-416-2051.