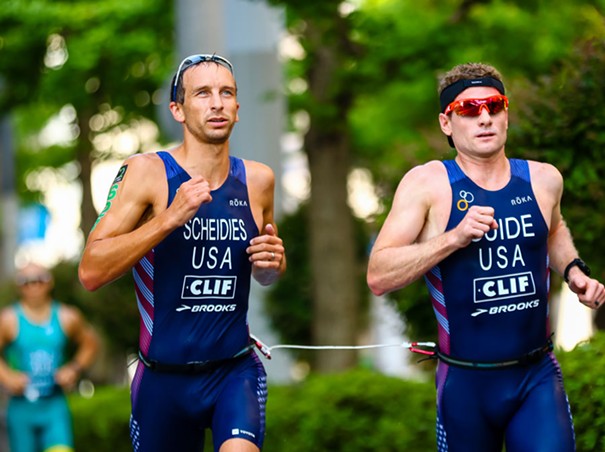 There’s quite a bit of drama in the world of CBD — from local company Folium Biosciences facing lawsuits (see the Indy’s Dec. 18 cover story) from former employees, even as it becomes one of the city’s few publicly traded companies, to class-action suits filed against other large CBD manufacturers, alleging improper labeling. But in a bright spot for the industry, one CBD company has formed a groundbreaking partnership with a national sports team.

USA Triathlon, the national governing body (NGB) based in Colorado Springs, counts Evergreen-based Pure Spectrum among its sponsors as of this fall. It’s the first such partnership between a national sports team and a CBD company.

“We felt strongly that this was … important to our athletes,” says Chuck Menke, USA Triathlon’s chief marketing officer. “If the NGB is endorsing a product, they can feel comfortable putting it in their body.”

Such assurance is important given the stringent testing of athletes to make sure they haven’t used drugs including marijuana, which is closely related to hemp, the plant from which Pure Spectrum’s CBD is derived. The difference: Hemp, along with federally legal CBD products, must contain less than 0.3 percent THC, the substance in cannabis responsible for getting you high.

The World Anti-Doping Agency removed CBD from its list of prohibited substances in 2018. But THC is still on that list, and without federal regulation of CBD products under the federal Food & Drug Administration, products from unscrupulous CBD manufacturers could theoretically contain more THC than they claim — resulting in failed drug tests for athletes.

Studies have shown CBD can help relieve joint and muscle pain from exercise, and can be an effective alternative to anti-inflammatory medications such as ibuprofen. So, it’s gaining recognition as an effective component of an athlete’s regimen.

Still, despite the partnership, many athletes still exercise caution around CBD.

Aaron Scheidies is a triathlete who qualified for the 2016 Paralympics in Rio de Janeiro. Scheidies, who’s training for the Paralympics in Tokyo next year, uses Pure Spectrum’s salve products to help relieve symptoms from a March hip surgery.

“I use it for inflammation and discomfort around my hip,” Scheidies says. “It seems to take off, like, kind of the edge of discomfort.”

Scheidies, a physical therapist and internationally renowned athlete who has a hereditary eye condition that greatly restricts his sight, says he hasn’t ingested CBD in a tincture form. If he did, Scheidies says he’d use a product that can ensure stringent testing.

Menke said Pure Spectrum was selected because the company offers a third-party testing process and customers can view an independent lab’s analysis of each batch of CBD product on its website.

That’s important, Menke says, given the mandate that ingesting CBD oil is “not going to trigger a positive drug test.”

Manufacturers of hemp-based CBD have found themselves in a legal gray area of late, with the latest development being class-action lawsuits targeting Boulder-based Charlotte’s Web Holdings and Lakewood-based Infinite Product Company. Plaintiffs accuse the companies of marketing CBD products as dietary supplements, despite FDA policy prohibiting that practice.

Back in November, the FDA sent warning letters to 15 CBD companies it said were violating the Food, Drug, and Cosmetic Act by marketing their products as food supplements.

“Based on the lack of scientific information supporting the safety of CBD in food, the FDA is also indicating today that it cannot conclude that CBD is generally recognized as safe (GRAS) among qualified experts for its use in human or animal food,” the FDA noted in a statement announcing the warning letters.

Other warning letters were sent to companies that the FDA said were advertising CBD as a cure or preventive treatment for disease.

Not all companies have been implicated in those class-action lawsuits and warning letters. Pure Spectrum, for one, has not, and neither has Folium Biosciences, a local company that recently merged with cannabis investment company Australis Capital to become a publicly traded entity on the Canadian stock exchange.

The FDA has said it’s working to clarify a regulatory approach to CBD.

“We’ll continue to monitor the marketplace and take action as needed against companies that violate the law in ways that raise a variety of public health concerns,” Dr. Amy Abernethy, the FDA’s principal deputy commissioner, said in the statement.