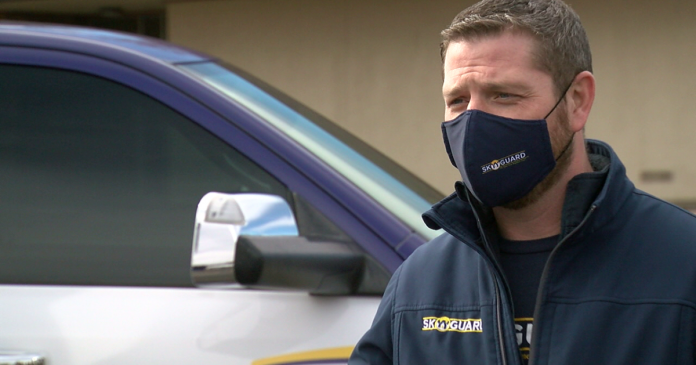 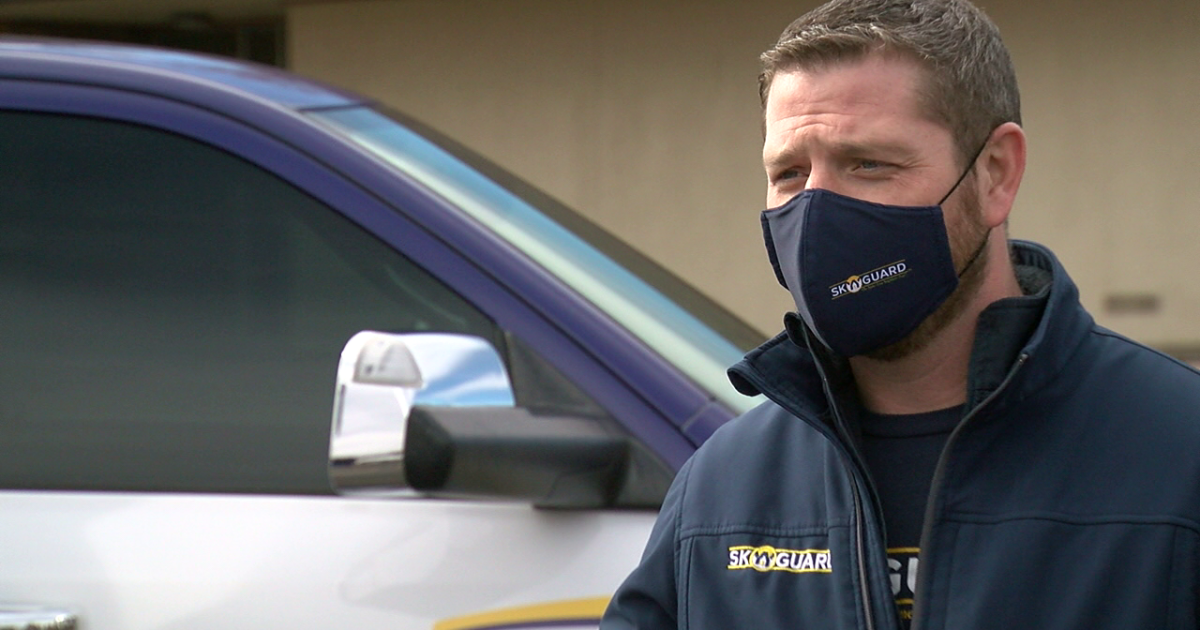 DENVER — It’s fair to say the past few years haven’t been easy for the owners of SKYYGUARD.

Smith and Chase Baron, the company’s chief executive officer, have been fighting to keep the name of their roofing company.

The lawyers for the parent company of SKYY Vodka, Campari America LLC, have said SKYYGUARD shouldn’t get its trademark registration finalized because the S-K-Y-Y in SKYYGUARD could “dilute” their liquor brand and confuse their liquor customers.

“I didn’t really understand it. We don’t deal in spirits,” Smith said.

Denver7 first reported on this battle over the trademark in January 2020. More than a year later, it’s still going on, and neither side is giving up on the fight.

According to a deposition transcript shared with Denver7, one of the lawyers for SKYY Vodka’s parent company told Smith, “…you’re prepared to essentially bankrupt the company fighting this all the way?”

“I’m pretty sure they’re willing to try to outspend us and bankrupt us if possible,” Smith said.

Baron believes it might be cheaper to fight than to change their company’s name.

“We would lose three years of a brand that we’ve built within the greater Denver area,” he said.

Kristelia Garcia, an associate professor of law at the University of Colorado Boulder, said not only is this bad PR for SKYY Vodka but it’s also not a strong legal case.

“The trademark law requires trademark owners to vigorously defend their marks in order for them not to later be challenged as a generic,” she said. “My best guess would be that the counsel for SKYY Vodka is just trying to be vigilant and say, ‘Listen, later on, if people try to say our SKYY with two Ys means nothing, you don’t get the trademark anymore, we can say we at least tried.”

But it’s an effort that could cost Smith and Baron, both Navy veterans, their Denver business, which is why they’re not ready to give up.

“I believe it’s time for somebody to step up and say, ‘This is not right what you’re doing,” Smith said.

Denver7 reached out to Campari America LLC and its counsel but has not received a response.