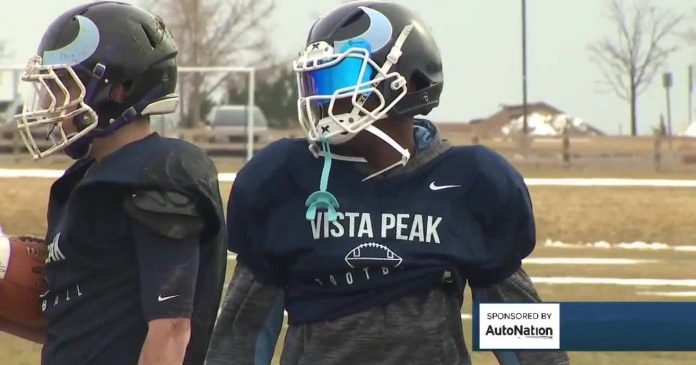 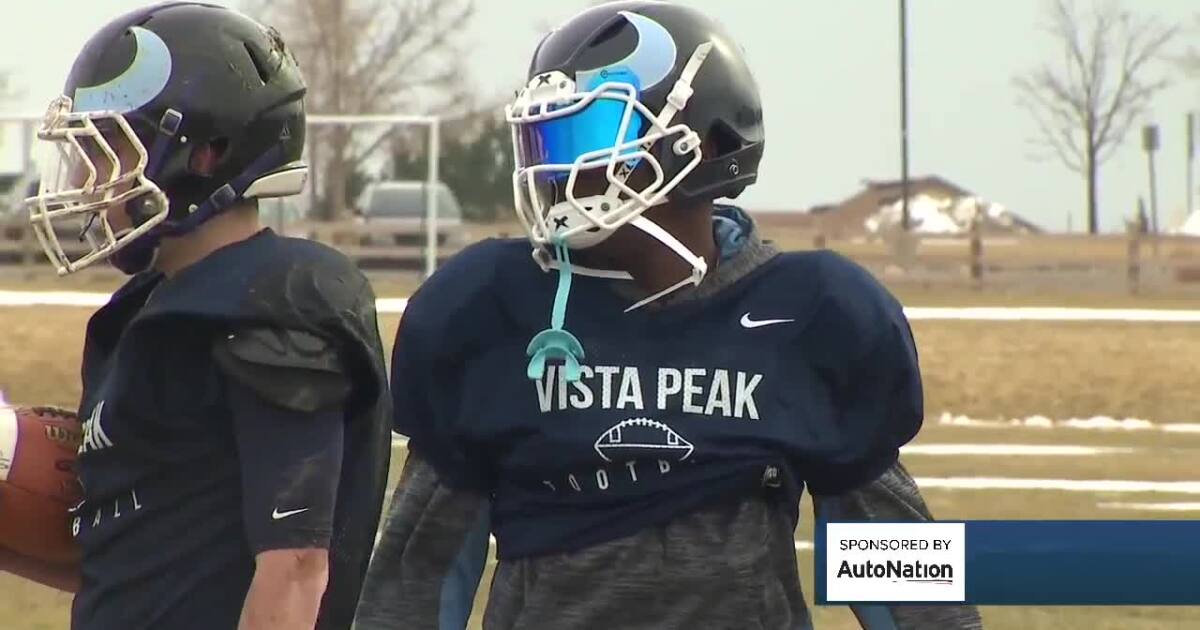 Vista Peak is one of 60 Colorado high schools that chose to play football in CHSAA’s “season C” during the spring.

That being said, it wasn’t always a sure thing.

“It was really a roller coaster ride to tell you the truth,” says Vista Peak’s head coach and athletic director John Sullivan.

Between COVID-19 testing and various other hurdles, the Bison felt fortunate to even take the field come March.

But that didn’t stop the feelings of jealousy during the fall.

“I’ve got friends that are playing their season but we’re not playing our season, I was jealous,” says senior running back Ja’derris Carr. “I couldn’t watch no football.”

They weathered the storm and showed up ready to seize the day when their collective numbers were called.

“This group doesn’t complain,” says Sullivan. “We showed up and got our work done.”

“We’ve been having to respond to adversity all year,” says Carr. “That’s just what we’re going to keep on doing. Keep it in the weight room, waiting for our time to come up.”

“We’ve been through a 10-0 season and lost in the first round of the playoffs, we’ve traveled five hours away to play a great football team,” says senior quarterback Naamon “Victor” Owens. “All these moments that have built us to be a good team, we have that sense of love for each other.”

All that adversity now becomes a benefit – the Bison had nine months of prep time, and are lead by a large group of experienced seniors.

They’re rolling into spring with something to prove.

“I feel like we’re overlooked,” says Carr. “I feel like we’re kind of disrespected in some areas but that’s ok. They might not know who we are or what we do here, but they’ll end up waking up and finding out pretty soon.”

If you’re foolish enough to believe a state title will feel any different in the spring – think again.

“We envision ourselves playing on May 15th down there in Pueblo [for the state championship],” says Carr. “That’s our only goal, and we’re not going to stop until we get to that goal.”