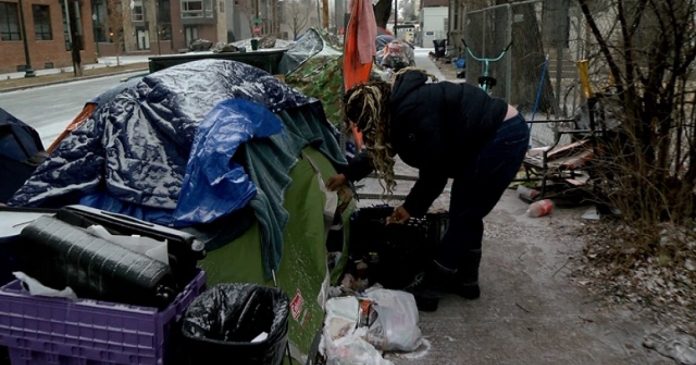 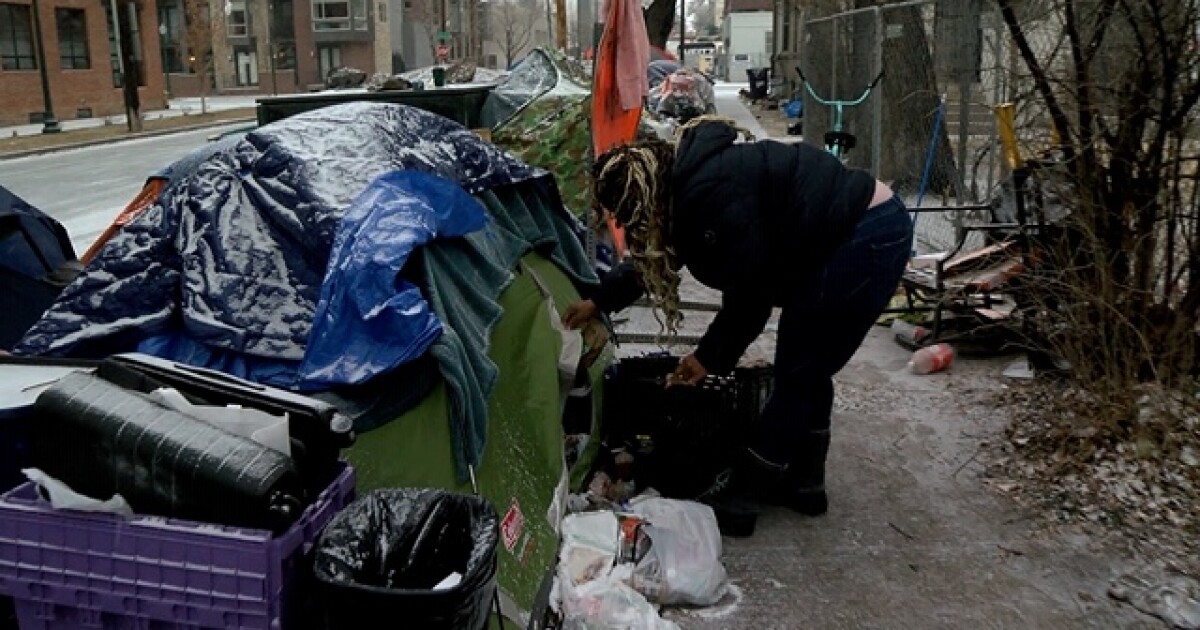 DENVER — Old man winter is taking a toll on furnaces, water pipes and cars, but the misery that results pales in comparison to that experienced by those living outdoors.

The demand for shelter space is on the increase, so the city is busing people to an overflow shelter set up at La Alma Rec Center on West 11th Avenue.

But not everyone wants to stay in a shelter.

Several people living in a tent city near 10th and Bannock are staying put.

“People can die out here and get frost bite,” said Ruben Cordova. “I’m going to a motel.”

Cordova says he’s been out in the cold before, and it was miserable.

“I would burn paper or plastic just to stay warm, and sometimes I didn’t even have that,” he said.

While a Denver7 crew was visiting Ruben, an army of volunteers from four different groups pulled up.

One group, of faith based good Samaritans from Ohio, handed out peanut butter sandwiches and popcorn.

Pastor Daryl told Denver7, “It’s so cold you can freeze to death and you need some food, some sustenance to make it.”

“We bring sleeping bags, tents, whatever the needs of the community are, we try to meet them as best we can,” said Asher Crowne, an MSU student, studying to become a human rights attorney.

A third group of volunteers brought more food, including bananas.

And a fourth group, of community health nurses, handed out hand warmers, and told residents to be on the lookout for symptoms of frostbite.

“Fingers become white on the tips, and you’re not getting good blood flow,” said Audrey Goodman. “We see it a lot with our clients.”

Several of the volunteers had been out all day long, tending to the needs of the homeless elsewhere in the city.

“We had a dislocated shoulder,” said a volunteer named Cricket. “Somebody had a bike accident. We had another individual whose stitches opened up on their leg.”

“We make connections with these residents,” he said, “and every time they get displaced, we can’t connect with them.”

Goodman said, “These are our fellow humans and we have to take care of each other.”