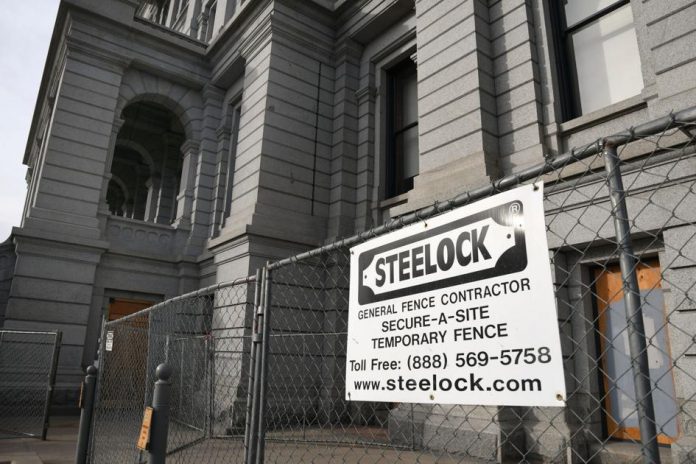 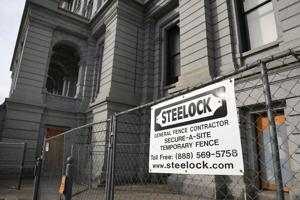 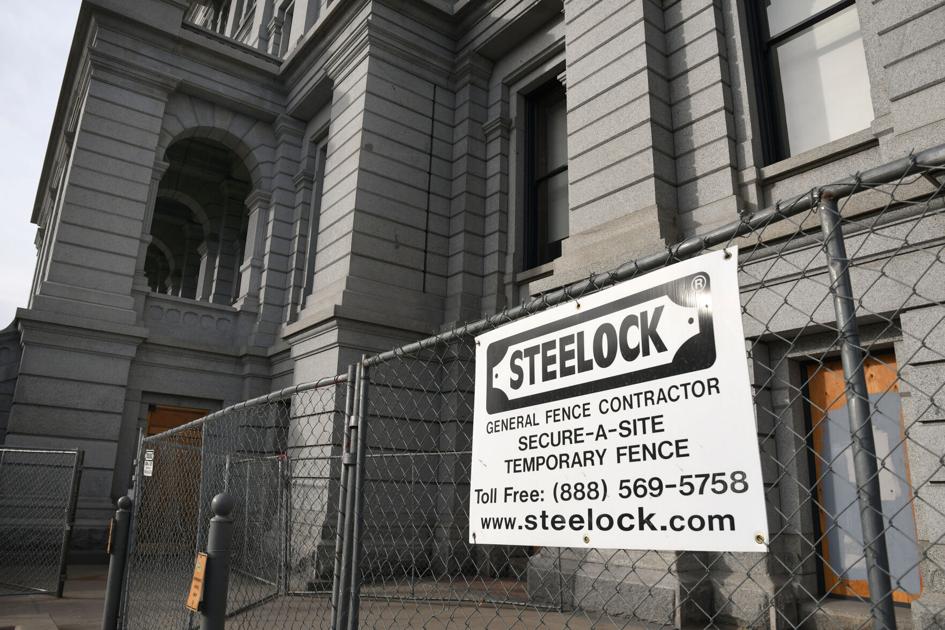 A suggestion of a barrier around the Colorado Capitol has had lawmakers on both sides in a tizzy for the past few days, but the possibility of a wall seemed to fade Friday.

A committee looking at safety improvements, as it normally does, listed a fence, which subsequently was interpreted to be a wall even though legislative leaders said neither a wall nor a fence is an immediate possibility.

The Denver Post on Wednesday reported that an iron fence around the Capitol was likely.

Senate President Leroy Garcia told Colorado Politics Friday building a fence is only on a list of ideas for security measures at the Capitol, not an actual plan.

A wall or barrier that keeps the public out of the people’s house is unlikely to have Garcia’s critical support. He acknowledged that a “wall” is a politically loaded word, but wouldn’t speculate on the reasons people are fanning flames under something unlikely to happen.

“I think this is why we have to be intentional about what we’re talking about,” Garcia said of any security measures. “This is in its infancy, and the press has been writing about it when there’s not a clear understanding of it, and it adds to the confusion.”

Garcia’s pickup truck was vandalized at the Capitol in the early days of protests over the death of George Floyd, a Black man in Minneapolis who was filmed suffocating under the knee of a White police officer.

Neither Garcia nor Senate Republican leader Chris Holbert of Douglas County have seen a plan or diagram for a fence, Garcia said.

“I think a lot of people are reading more into this than what it is,” Garcia said.

Obn Thursday, 39 former legislators, as well as former Democratic Gov. Dick Lamm and Republican Gov. Bill Owens, sent a letter to the Senate president and House speaker about the issue.

“If a permanent fence is put around the Capitol, Colorado will have lost something special: a deep and abiding connection between its people and their government,” the letter states.

Sen. Rhonda Fields, a Democrat from Aurora, opposed barriers at the Capitol, calling the suggestion among “thoughts and ideas,” not a proposal.

Fields is chairwoman of the Capitol Development Committee, which would have to consider and pass the fence proposal before it would go to the legislature’s Executive Committee, which includes Garcia and Holbert.

“It’s a little premature to say that it’s going to have barbed wires on top and spikes, and …” Fields said on the Senate floor Friday, trailing off and shaking her head no. “It’s too premature. I have the utmost confidence the people making these recommendations are going to do so very thoughtfully as it relates to trends we’re seeing across the United States, but it’s going to be done in a manner that’s reflective of the values of Colorado.”

She said that when the security measures are recommended, all the members of the legislature would have an adequate opportunity to weigh in on them before any changes take place.

“I don’t think it will ever look like a big fence with barbed wire on top that limits access to the people’s house,” she concluded.

Demonstrators within Colorado’s Ethiopian community will come together for the fifth time on Thursday morning to march down Lincoln Street to the state Capitol in protest of the deadly conflict unfolding between the Ethiopian government and rebel forces in Tigray, the northernmost region of the East African country.

Sen. Bob Gardner, a Republican from Colorado Springs, talked about how constituents were able to walk right into the building up until 2007, “before you had to say, ‘Mother, may I?’ “

Security measures have put a barrier between the public and their elected officials, he said, adding “We lost something, we really did.”

Sen. Kerry Donovan, a Democrat from Vail, talked about the power of symbols. The Capitol, overlooking Denver, is a physical representation of the state.

“It’s filled with the pride of every citizen of Colorado,” she said. “And it should remain a symbol of an accessible seat of our government. It’s not the governor’s building. It’s not the legislature’s building. We share this. This is the public’s building.”

Holbert agreed with Donovan, then thanked the staff that serve on the Capitol improvement advisory committee and said, “I don’t know of anything that would actually deter the access of the people of Colorado to their Capitol.”