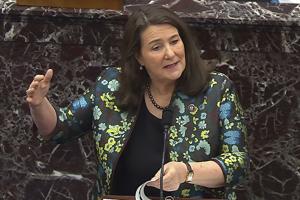 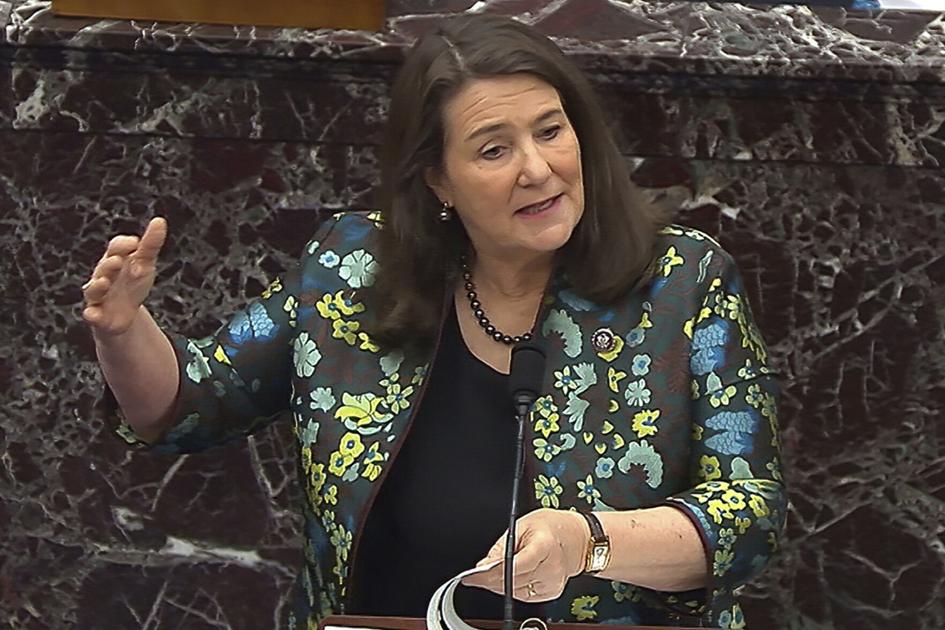 U.S. Rep. Diana DeGette argued Thursday that the mob of Trump supporters who stormed the Capitol believed they were following “orders” issued by then-president Donald Trump.

“You don’t need to take my word for it, that the insurrections acted at Donald Trump’s direction,” the Denver Democrat told senators, opening the third day of Trump’s second impeachment trial. “They said so. They were invited here. They were invited by the president of the United States.”

DeGette also said that far-right extremists have been inspired by the Jan. 6 riot to plan more attacks. She argued in a later presentation that Trump has emboldened his supporters, telling them the next day, “Our incredible journey is only just beginning.”

“President Trump made it clear this was only the beginning,” she said. “We are here to prevent the seeds of hatred that he planted from bearing any more fruit.”

DeGette was building on a case laid out this week by her fellow House managers — including U.S. Rep. Joe Neguse, a Lafayette Democrat — prosecuting allegations that Trump “summoned, assembled and incited” the mob that temporarily stopping Congress from certifying Joe Biden’s win.

The House impeached Trump on Jan. 16, charging “incitement of insurrection” in the single article. He is the first president to be impeached twice and the first to be tried after leaving office.

The nine House managers were expected to finish presenting their arguments Thursday, teeing up the former president’s defense case on Friday. CNN reported that Trump’s lawyers don’t anticipate using the entire 16 hours they’ve been allotted, making a vote to acquit or convict likely as early as Saturday.

Citing video streamed by rioters from within the Capitol, DeGette said the insurrectionists made clear they thought they were doing what the president wanted.

“Our president wants us here,” said one. “We wait and take orders from our president.”

“He’ll be happy. We’re fighting for Trump,” said another.

DeGette was attempting to refute an argument advanced by Trump’s defenders that his supporters acted on their own and he bears no responsibility for the attack on Congress.

DeGette repeated statements made by the lawyer for one of the rioters, Robert Sanford, who appeared in a widely circulated video clip throwing a fire extinguisher at a police officer outside the Capitol.

Said DeGette: “As Sanford’s lawyer, explained: ‘You’re being told, “You gotta fight like hell.” Does “fight like hell” mean you can throw stuff at people? Maybe.’ “

Here’s the embed for Video 2:

The lawyer, DeGette noted, added that his client “wouldn’t have been there if it wasn’t for the president.”

Sanford’s attorney was referencing lines from a speech Trump delivered earlier that day at a rally outside the White House.

DeGette detailed an analysis that found Trump supporters responding to the then-president’s exhortations in the speech to “show strength” by increasing their online chatter about a “civil war,” with use of the phrase quadrupling on the conservative social media site Parler in the hour after Trump’s remarks.

Trump’s defenders, including DeGette’s Republican colleague U.S. Rep. Doug Lamborn of Colorado Springs, who voted against impeachment in the House, like to point to a single sentence from Trump’s roughly one-hour speech on Jan. 6 as evidence the then-president wasn’t encouraging the violence that ensued.

“Pres. Trump — ‘March to the Capitol building to peacefully & patriotically make your voices heard,’ ” Lamborn tweeted Tuesday, attached to a roughly 15-second clip of Trump saying those words, juxtaposed with a nearly 4-year-old clip of a Democratic lawmaker urging supporters to harass Trump staffers at stores and restaurants.

“This is the pinnacle of hypocrisy,” Lamborn added.

A spokeswoman for Lamborn wouldn’t say whether Lamborn had seen the entire Trump speech or believed the sentence he quoted accurately represented what Trump said.

Watch DeGette’s first remarks from the third day of the impeachment trial: