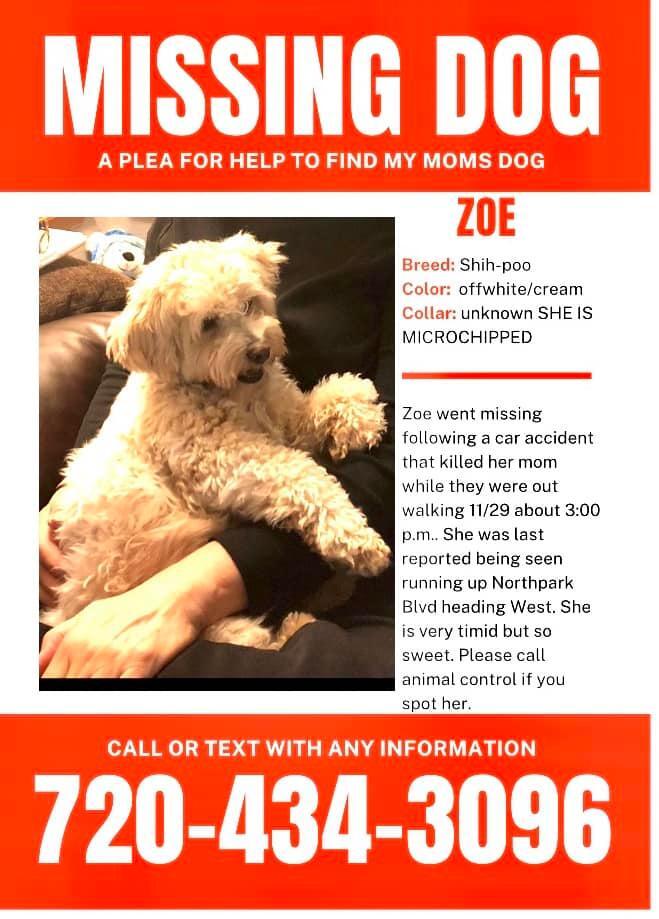 WESTMINSTER, Colo. — Searching for Zoe is all Kayla Mumby is thinking to do right now. On Monday, her mother was hit and killed near Federal and 100th Avenue while walking Zoe to the park.

Peggy Clark, 66, was hit by a teenager while walking Zoe across Federal Boulevard. The crash was deemed an accident, and the teenager stayed on the scene until emergency crews arrived.

But Zoe has not been seen since.

Mumby says she has searched through the night for several days trying to find her dog. She says Zoe was beloved by her mother.

After printing more than 50 flyers, Mumby has posted them around Westminster. She has also shared her story on social media that has gone viral in her community.

“People have made flyers and sharing them people have been really great and helpful and kind,” Mumby said.

Anyone with information on where Zoe might be can call the Westminster Police Department.