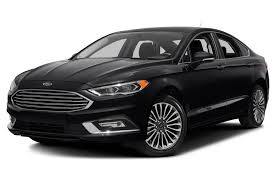 WESTMINSTER, Colo. — Police in Westminster are searching for a driver who fatally struck a man on Federal Boulevard Tuesday evening and fled the scene.

On Tuesday around 8:20 p.m., officers with the Westminster Police Department responded to a report of a crash at 70th Avenue and Federal Boulevard.

When police arrived, they discovered that a man had been walking west on 70th Avenue when he was struck by a driver traveling south on Federal Boulevard. The driver continued south after the crash and fled the scene, police said.

The pedestrian was transported to a hospital, where he died of his injuries, police said. He has not been identified.

The suspect vehicle was described as a 2018 or newer black Ford Fusion. It will likely have severe right side and front-end damage. The license plate number is not known. A stock image of the vehicle is below.