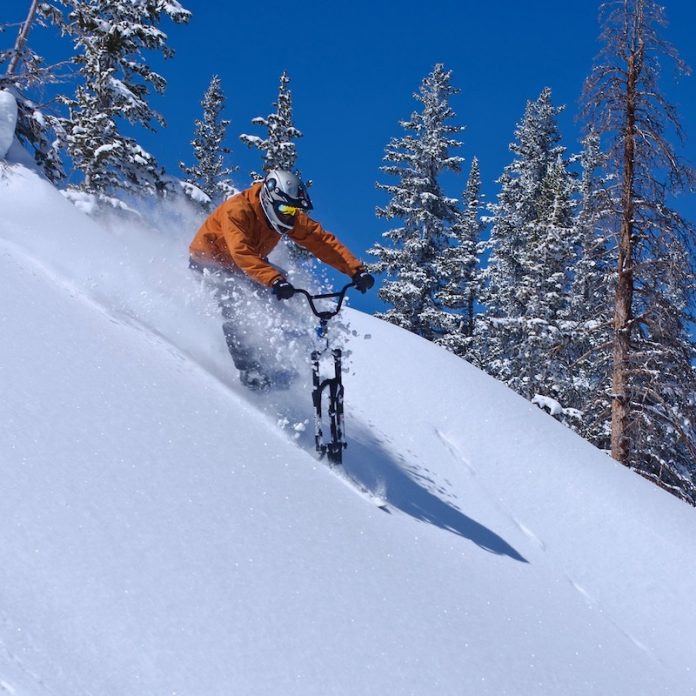 When you think of winter sports in Colorado – the first thing that probably comes to mind is skiing and snowboarding. After all – Colorado is known as the nation’s number one ski and snowboard destination. Along with skiing, cycling, mountain biking and fat tire biking are also some of the most coveted sports East of the Rockies. But what happens when you cross a bicycle with skis? 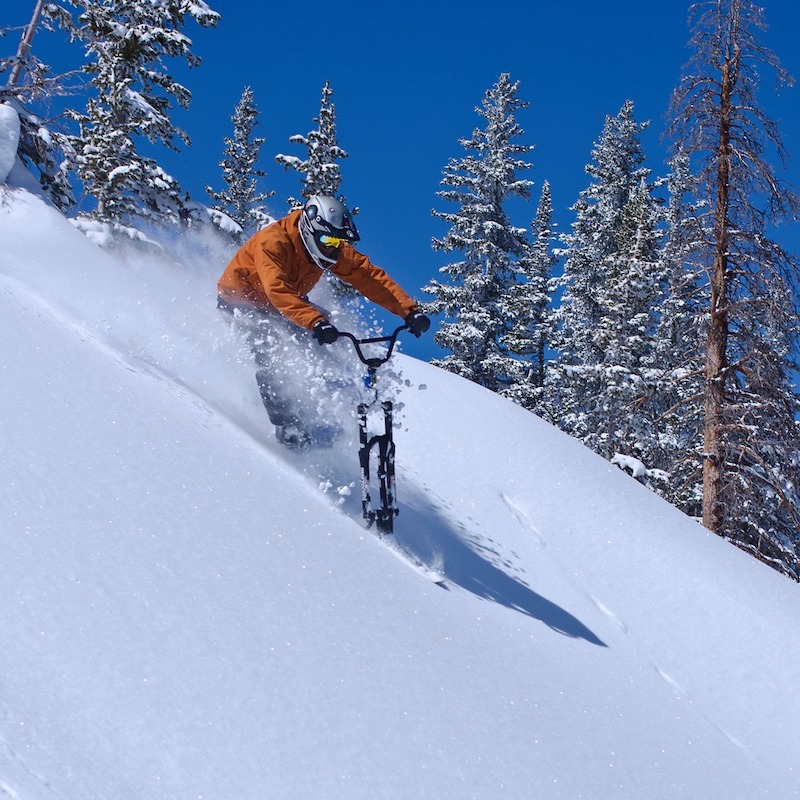 Imagine the thrill of a mountain bike but instead of roots, dirt and rocks – it’s fresh white powder. Ski biking has been a popular on-mountain adventure concept in Europe for some time now – but it’s just now making its way into the spotlight in the U.S. Its modern design takes the frame of a bicycle and instead of wheels – fuses it with two skis. For extra support – it’s also common to wear a pair of skate skis – allowing your feet to glide down the mountain along with the bike.

Similar to skiing or snowboarding – ski biking requires edge control. The only difference is  instead of standing you’re sitting. However, using the handlebars to steer through the trees and down the trail however is much like steering a bike — combining a smooth glide down with additional steering support. Unlike pedaling your way to the top, you can hop right on to a ski lift with a ski bike. Just use your skate skis to get to the lift. As you ride up the ski bike can be held vertically – dangling from the lift or across your lap.

To own a ski bike definitely comes with a price. Just as a carbon set of wheels for your road or mountain bike can quickly add up – ski bikes are crafted with technology that adapts to snowy conditions. Meaning aerodynamic frames and front suspension are both factored in. As are flexible front and back skis. A flexible back ski allows the entire frame to tilt backwards – lifting the front ski off the ground. Yes – you can pop a wheely on the slopes. Because of these unique specs – ski bikes can cost anywhere between $1,700 and $3,000. 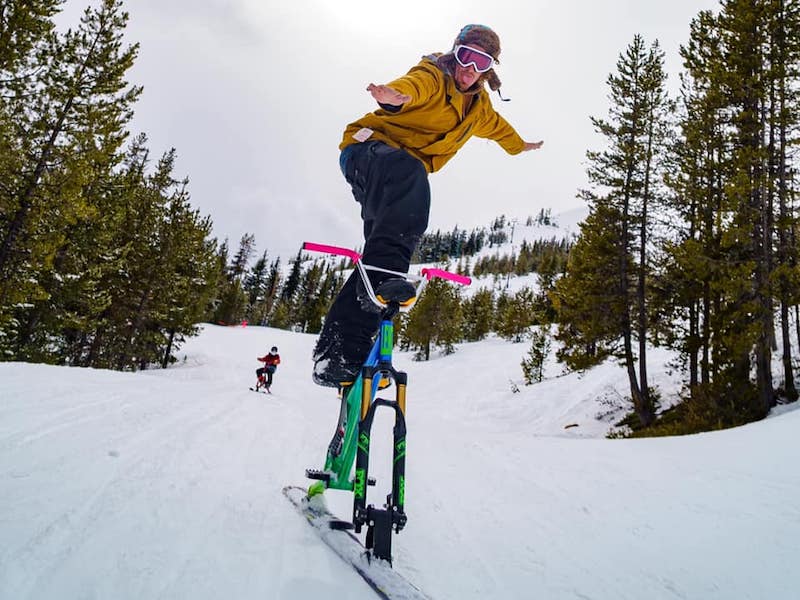 Interested in taking the sport to the next level? You can now compete in ski biking events and even work your way up to pro status. The annual Hoodoo Ski Bike Festival in Oregon is now recognized internationally. Hopefully it’s only a matter of time before Colorado catches on.