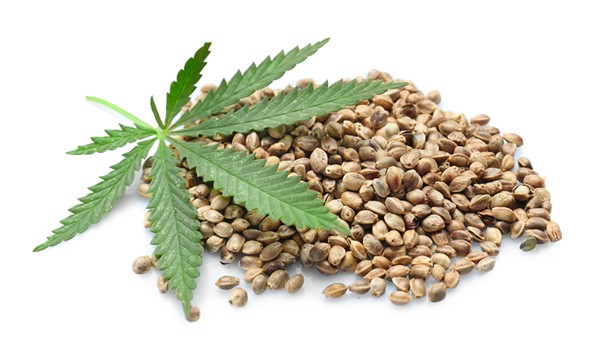 We’ve got answers to a few of your burning questions about hemp, a special plant that is more than the sum of its parts.

What, exactly, is hemp? And what’s in it?

Though cannabis is famous for expanding consciousness — or however you want to describe that particular perk — it has been said to offer so much more. The cannabis plant contains at least 113 “cannabinoid” molecules, of which THC is one.

THE FIGHT FOR FOLIUM

Unless you’ve been living under a rock, you’ve probably heard of cannabidiol, or CBD. This molecule can be extracted from hemp or marijuana plants and used in tinctures, softgels, and even food and drink (though the federal Food and Drug Administration warns against marketing CBD products as dietary supplements).

We don’t know quite as much about hemp’s other molecules, but they could have other potentially beneficial properties. For example, early research shows cannabinol, or CBN — a mildly psychoactive compound — has potential as a sleep aid and pain reliever.

What kind of CBD should I buy?

Depends on what you’re looking for. The production and sale of CBD is federally permissible only if it’s extracted from hemp plants, not marijuana plants.

This means that the CBD products you can buy everywhere from gas stations to grocery stores around the country are supposed to be derived from hemp, not marijuana, in order to comply with federal requirements.

Federal regulation of hemp: What to know

Federal regulation of hemp: What to know

That brings us to some further subcategories: full-spectrum or broad-spectrum CBD, and CBD isolates.

True “full-spectrum” CBD products contain all of the cannabinoids in the hemp plant, including trace amounts of THC, along with naturally occurring essential oils and terpenes. “Broad-spectrum” products include cannabinoids other than THC.

CBD isolates, on the other hand, consist of CBD alone, separated from other cannabis compounds through chemical processes. To a consumer hoping to maximize benefits from CBD, many experts would recommend using broad- or full-spectrum products. They shouldn’t make you fail a drug test if they contain less than 0.3 percent THC — though it’s difficult to ascertain which brands are reliable, since the FDA doesn’t regulate these products.

The Colorado Department of Health and Environment does maintain an “Approved Source List” on its website with state-approved retailers selling food and supplements, including those that contain CBD.

OK, I know CBD is all the rage. But does it have any proven health benefits?

Numerous studies show CBD has reduced or stopped seizures in children suffering from rare forms of epilepsy. The only medication containing CBD isolate that’s been approved by the FDA is intended to treat patients ages 2 years old and older with these conditions.

Some studies show CBD can reduce stress in animals such as rats, suggesting its potential for treating generalized anxiety disorder. It also reduced symptoms of post-traumatic stress disorder and social anxiety in human trials.

Of course, it’s important to talk to your doctor before starting any new medications or supplements, including CBD.

My stoner friend told me about the human endocannabinoid system. Is he just high?

He might be high, but the existence of the endocannabinoid system is pretty well-established in scientific research.

Scientists discovered endocannabinoids — molecules produced by your body that mimic those found in cannabis — back in the 1990s. The molecules’ main purpose is to maintain homeostasis, essentially keeping your bodily systems running smoothly in response to the environment. Endocannabinoids bind to your body’s endocannabinoid receptors to help regulate your body — and THC, at least, appears to work in a similar way. Some say this could explain why smoking weed can help alleviate pain or increase appetite, for example.

According to the UCLA Cannabis Research Initiative’s website, “the endocannabinoid system is involved in a wide variety of processes, including pain, memory, mood, appetite, stress, sleep, metabolism, immune function, and reproductive function.”