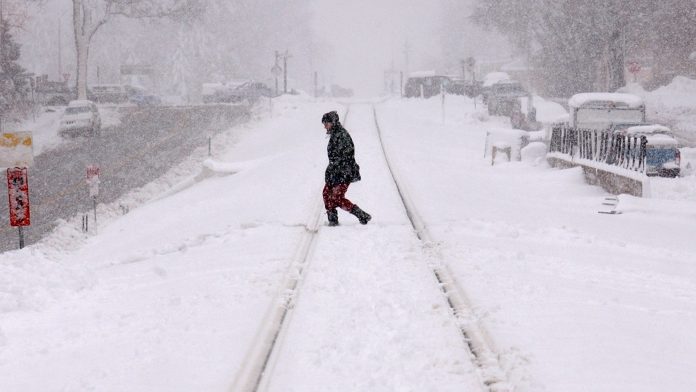 Editor’s note: Reading this story without a subscription? Get a year of access to Coloradoan.com for $39 now through March 18 by clicking here to subscribe. We appreciate your support of local journalism.

City of Fort Collins and Colorado Department of Transportation snowplows are geared up and now await what meteorologists are calling a significant snowstorm with 1 to 3 feet of snow forecast through the weekend.

While plows will be out in force, CDOT is asking motorists to keep a close watch on the weather and road conditions and urging them to stay off the roads during the storm, which is expected to start Friday night with the worst conditions Saturday.

Here is a look at how the city and CDOT are planning to clear roads and highways:

Streets Superintendent Larry Schneider said the city has its plan and personnel in place.

He said the city has 24 snowplows at the ready with two crews pulling rotating 12-hour shifts. Private contractors have been secured to clear sidewalks, should the need arise, with others on standby.

Between now and when the storm hits, he said it’s just a matter of monitoring the weather and road conditions.

“It looks like Saturday could be a big one,” he said.

More:Meteorologists agree a significant snowstorm will hit Colorado, but is it the big one?

He said temperature dictates whether plows apply a granular deicer. If the pavement is around 32 degrees, deicer is not used. During spring snows, pavement absorbs more heat and less deicer is used.

But supervisors use 14 weather monitors around the city to determine pavement temperature to stay ahead of icy road conditions.

“Temperatures during the day look to be above 32 degrees,” he said. “It’s the nighttime we are concerned about, when it looks like it will drop to around 20 degrees.”

Snowplows will make multiple passes on these highways during the storm and will not be able to plow secondary routes until the worst of the storm has passed. This could result in many roadways becoming heavily snowpacked, making for hazardous driving conditions.

CDOT said heavy accumulations are possible along I-25 and I-70 and other highways in the foothills and along the Front Range. Treacherous travel is also expected on I-70, I-76 and across the Eastern Plains due to high winds and drifting snow.

CDOT encouraged motorists traveling on I-70 to the mountains or other areas expected to be impacted to leave before Friday evening to avoid the bulk of the storm.

It is discouraging travel in high-volume areas such as the I-70 corridor, Denver metro area and I-25 South Gap construction zone between Castle Rock and Monument during the storm. It is likely those roads will be closed for safety reasons based on the severity of the storm.

CDOT is asking motorists to limit travel during the the storm to emergency and essential reasons, with a vehicle and tires properly equipped, and to pack an emergency kit with blankets, food, batteries, water, a shovel and survival supplies.

Also, motorists should not pass a snowplow and be alert to the possibility of chain and traction laws going into effect on certain sections of highways.

Stay up to date on conditions

Track the snowplows: The city has a site to track the plows at https://fcgov.maps.arcgis.com/home/index.html. Scroll down and click on the view gallery to see a map of snowplow operations.

Current weather and forecasts:National Weather Service has forecasts for Fort Collins and other cities at https://www.weather.gov/bou/. Call the Colorado Climate Center at Colorado State University, 970-491-6300, for accumulation totals, conditions and any weather records. The automated recording is updated at 7 a.m. and 7 p.m. daily.