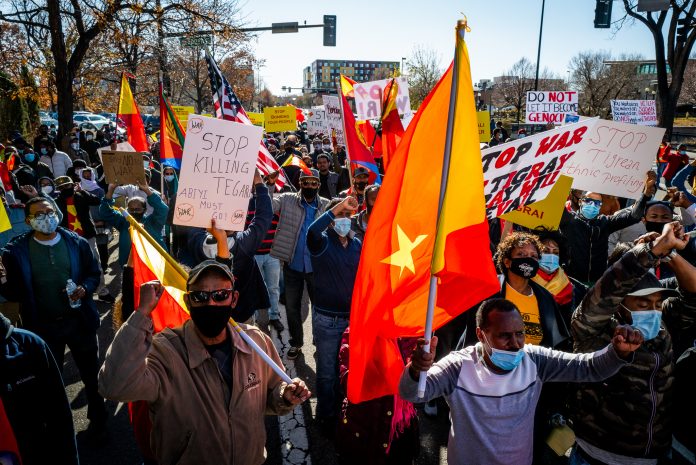 This Thursday, January 28, demonstrators will come together in Denver for the fifth time to protest the civil war currently occurring in Ethiopia. The conflict, originally between rebel forces in the Tigray region and the Ethiopian government, has spread throughout the country. At least 63,000 refugees have fled to Sudan, according to Milette Birhanemaskel, a Denver local with family back in Ethiopia.

Birhanemaskel owns the Whittier Cafe in Denver, described as a “coffee shop for activists” and “Denver’s only African espresso bar.”  They source their coffee from a variety of African countries, support related causes and have a justice fund. She’s currently in Sudan, en route to the refugee camps housing those who’ve fled. Tigray is currently on day 84 of a complete communication blackout, making the stories of the refugees in Sudan the only source for information. The United Nations is estimating that two million civilians are currently in need of aid. They’re suffering from a combination of bombings, looting, kidnapping, rape, killings and starvation.  “They are weaponizing hunger and starving the population,” said Dawit Wolday, another Denverite who also has family back home in Ethiopia.

Thursday’s protest will take place at 10:30 a.m. at Zeckendorf Plaza Park; 615 Lincoln Street in Denver. To minimize COVID-19 risk, participants must wear masks and bring their own posters and flags. “The past protests have been nothing but unity,” said Wolday. “It is powerful to see our community come together; everyone pitching in what they can. We have come out stronger and stronger every time.”

Though the conflict is occurring across the world, the issue is close to home for many Colorado residents. The state is home to one of the largest Ethiopian communities in the United States. Many of these people haven’t heard from their families since the beginning of the blackout a few months ago. While tensions and conflict have been high in Ethiopia for the past few years, they reached a breaking point in early November, exacerbated by their elections that were supposed to occur in May of 2020 but have been “indefinitely postponed,” reported Birhanemaskel.

When asked what people across the world can do to help, Birhanemaskel said that “awareness is the number one.” She encourages people to follow along with what’s happening and share the news. The hashtags #tigraygenocide, #bidentakeaction, and #reconnecttigray are trending to try and encourage the new administration to take action. Though several European nations have been demonstrating their support, Birhanemaskel says she thinks “the United States is the heavyweight and so we’re really looking for this administration to act quickly before we lose even more people … the more people that can share the platform, the better.”  Each Denver protest brings more awareness to people who might otherwise know nothing about the issue. 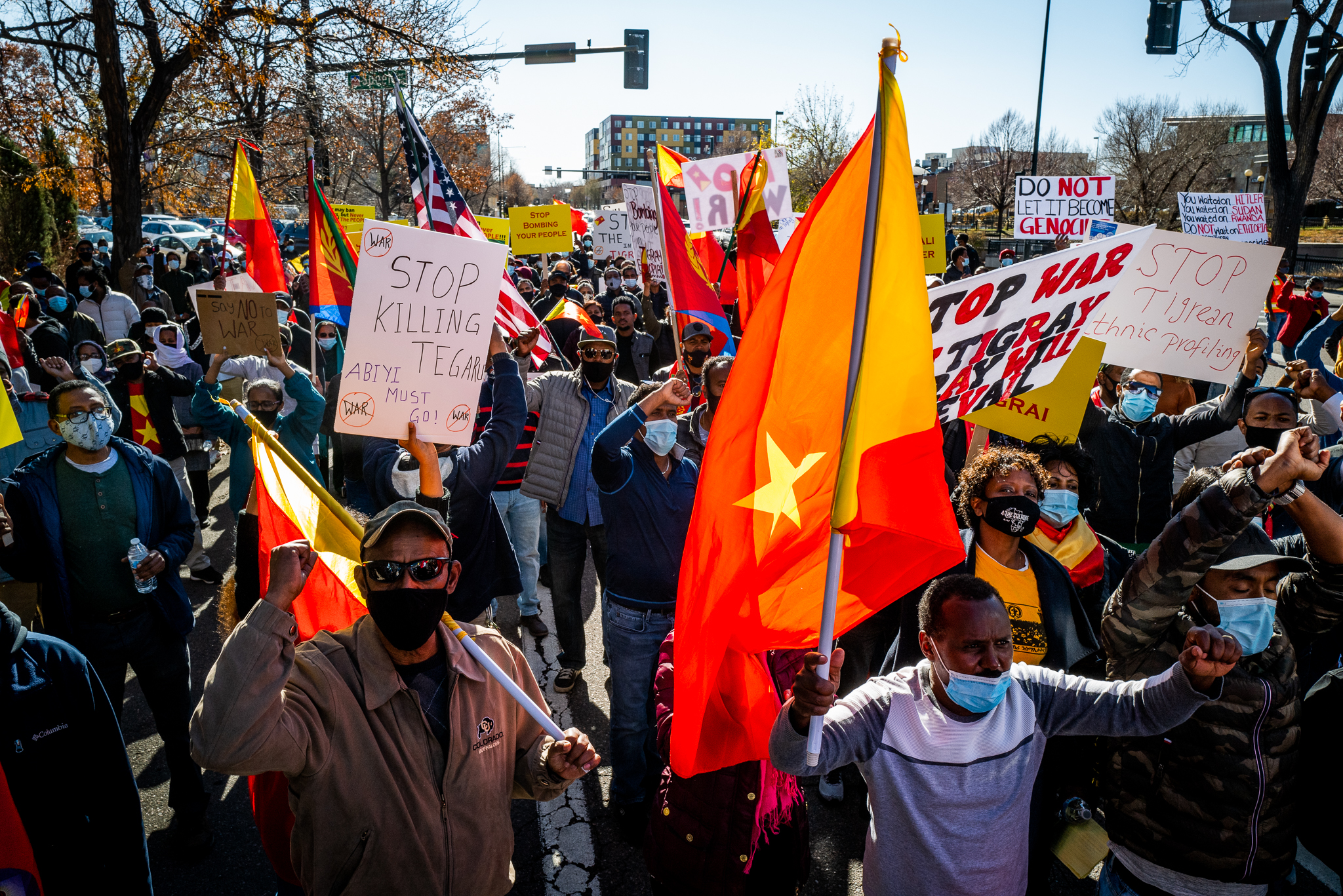 For those wanting to learn more, Omna Tigray gives overviews and updates on the issues.  Visit the @istandwithtigray resource page to find a list of congresswomen/men to call, donation links, petitions, tweet templates, and more.