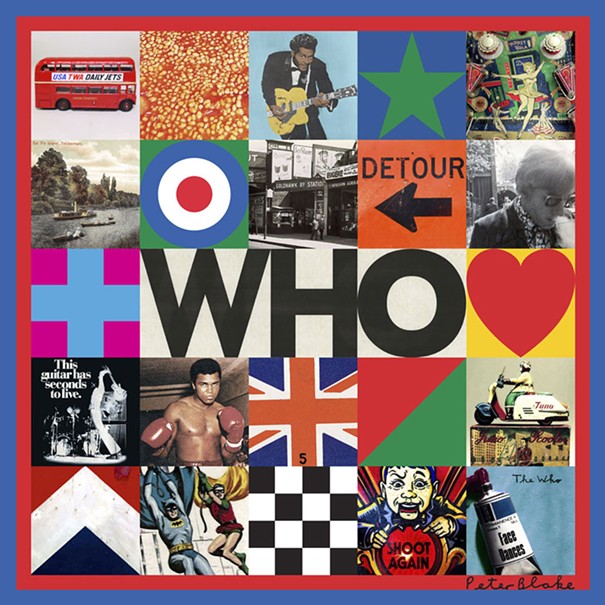 Every Christmas, we are visited by the ghosts of concerts past, offering studio recordings from bands we haven’t heard from for a while. This year, the batch includes The Who, Coldplay and Hootie & The Blowfish. The duo of Pete Townshend and Roger Daltrey offer the chunkiest of the lot in their quasi-eponymous Who (Polydor). Despite Townshend’s grumblings about rock “being a job” and Daltrey’s recent allergies to weed, the two offer 11 impressive tracks with no filler — OK, maybe suggestions of Who’s Next in tracks like “Hero Ground Zero,” but some stunning riffs just the same.

Hovering between worthy and forgettable is Coldplay’s Everyday Life (Parlophone/Atlantic), a double LP though only 52 minutes in length. The band stretches out in a manner some call “experimental,” though in this case it means Coldplay is avoiding the rigidity of recent works. There’s plenty to like here, in tracks like “Orphans,” but also an earnestness perhaps bred of Chris Martin’s long relationship with Gwyneth Paltrow. Some wags call the band’s recent performance on SNL “the reunion of Up With People,” so treat that as a warning.

Another band that spawned a cottage industry of sarcasm was Hootie, so much so that lead singer Darius Rucker left for a career as a country singer. The first reunion in more than a decade, Imperfect Circle (Capitol), unsurprisingly sounds more country than rock, which is OK — except that songs on wedded bliss like “Wildfire Love” simply aren’t too memorable. The album might well be gifted to the middle-aged fraternity/sorority pledge who thinks of pop music as wallpaper.

Beck, Hyperspace (Capitol) – Reporters had a field day in early December demanding that Beck disclose his Scientologist status, but they might better have asked the music chameleon if his latest identity is a bit squishy. Beck’s 14th album features the type of breathtaking harmonies heard in his country-tinged albums like Sea Change, but here they’re buried in Autotune and breezy psychedelia to give the feeling Beck is treading water.