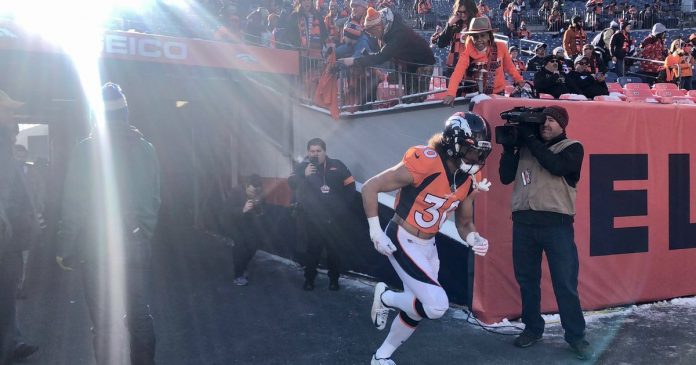 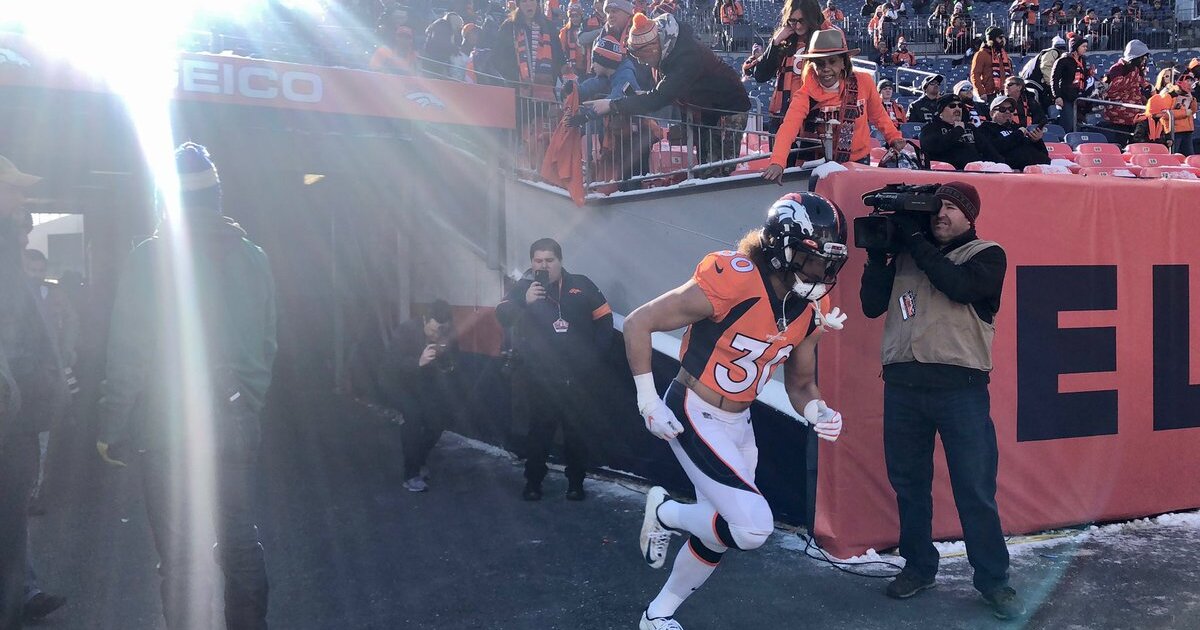 ENGLEWOOD — Most troubling about the Broncos’ loss to the Raiders wasn’t the score. It was the optics. I was at the game at Allegiant Stadium, and it didn’t feel like an AFC West rival game. And don’t blame the lack of fans. It went beyond the default 2020 explanation.

The Raiders brought the fight to the Broncos. They remained physical, aggressive, and once they sensed weakness in their opening drive of the third quarter, they punched the Broncos into quiet submission. The Broncos’ sixth defeat left lumps and bruises as they prepared for the Miami Dolphins.

Denver ranks last in giveaways (21) and interceptions, and has allowed at least 30 points in four straight games for the first time since 1968. The Broncos players remain prideful. Outside linebacker Bradley Chubb told me Thursday that “there’s no quit in this group.”

This is the type of game that explains how together a locker room really is. The Dolphins are one of the most complete teams the Broncos have played this season. They have won five straight, and are firmly in the playoff race after starting 0-7 last season.

They have provided a blueprint on how to rebuild. The first step is admit you are rebuilding as it shapes every decision. The second move is to find the right coach. Brian Flores might be the rare Patriots assistant who excels outside of Bill Belichick’s shadow. And the final decision is selecting a franchise quarterback. It’s only been a blink, but Tua Tagovailoa looks the part, attempting to become the first rookie quarterback to win his first four starts since Ben Roethlisberger in 2004.

Can the Broncos pull off the upset? My Denver7 keys:

Take a pass on passing
If the last two weeks have proven anything, it’s that the Broncos cannot win by throwing the football. No one has been worse than Drew Lock, who will start per sources, in completion percentage (55.0). The past two games, both losses, he has connected on 48 of 95 passes for 570 yards, three touchdowns and five interceptions Putting the outcome in Lock’s hands makes no sense. He’s not ready for that responsibility. He is 1-3 in his career when throwing 40 times. He averages 39 passes a game this season if you subtract his cameo against the Steelers when he strained his right rotator cuff in the first quarter.

Last year, Lock averaged 31 attempts per game. Honestly, 30 is the number the Broncos should aim for to get his season back on the rails. At least 10 of those throws should be quick slants and screens against a Miami defense that blitzes 40 percent of the time and masters in disguising coverages. Give the kid a chance and take the pressure off. Lock’s value Sunday is not being the problem. Let him be a contributor, not the focus.

Ground it up, spit it out
The Broncos have no offensive identity. It has dramatically impacted Lock’s development. He’s not capable of carrying the team, and is not getting much help. Over the last seven games, the Broncos need to emphasize their run game. Start Phillip Lindsay — there’s no excuse for him getting only four touches last week — and use Melvin Gordon as a third down back. In their three wins, the Broncos averaged 120 yards and 28 attempts. In their losses, they average 100 yards and 24 attempts. The goal should be 30 rushing attempts per game going forward — yes a 50-50 balance between run and pass — starting against a Dolphins team that ranks 22nd in allowing 128.1 yards per game on the ground.

Protect the ball
I asked Brock Osweiler a few years ago about the Broncos’ turnovers and he responded thusly: “Ball security is job security.” Lock should tape this above his locker for the remainder of the season. All of the off-script, off-balance, mechanically-flawed plays present little reward and massive risk. Lock has to get back to basics. For the Broncos to pull off an upset, Lock has to play clean. He has thrown picks in five straight starts. Last year, he threw interceptions in his first three starts, but never more than one, and none in his last two games.

Get tricky with it
The Broncos cannot sit back and wait for Tua Tagovailoa to carve them up. He has yet to throw an interception. That has to change Sunday. Send a corner into his face, stunt Alexander Johnson up the middle, blitz Justin Simmons. What do the Broncos have to gain by being conservative? The only way they win is by producing takeaways, so the onus is on coach Vic Fangio to get creative.

Keep targeting the kid
Jerry Jeudy is on track to break the Broncos’ rookie record for receiving yards. Don’t forget about him. He is a mismatch. But those targets don’t have to come on deep balls. Get him 3-to-4 slants, and let him go to work.

Don’t run from truth
The Broncos defensive line has become the island of misfit toys. These guys are playing hard, competing, but they are undermanned without Jurrell Casey, Mike Purcell and Shelby Harris (at least until next week). Dolphins rookie Salvon Ahmed ran for 85 yards and a touchdown last week, and Matt Brieda might return Sunday. Denver has to sell out to stop the run and make Tagovailoa beat them. If he does, tip your cap. But anything resembling what the Raiders did the Broncos on the ground is unacceptable and, frankly, embarrassing.

Tell Tom to stop Grant
Special teams coordinator Tom McMahon ranks first in one thing: talking in third person. He did so twice on Friday in a moment that was laugh out loud funny. The Dolphins boast the league’s top special teams. The Broncos rank in the bottom third. Jakeem Grant ranks among the league’s best on punt and kick returns. He should not be given an opportunity on kick returns, and all punts should be directional, turning the sideline into a defender.