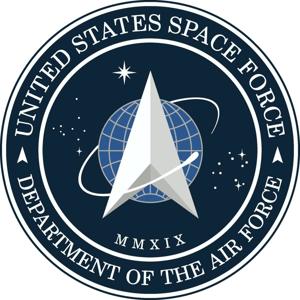 Captain Kirk, as we all know, learned to fly spaceships at Starfleet Academy, which has a nice view of the Golden Gate Bridge in the fictional “Star Trek” universe.

With President Donald Trump’s launching of Space Force last year, our military reporter Tom Roeder and I immediately began to wonder about the really important things like a motto, uniforms, and, of course, where the real-life Starfleet Academy might be built.

Is it possible, we wondered, that Starfleet Academy might be based here in Colorado Springs, as Space Force and the U.S. Space Command are now (temporarily, at least)?

The more I poked around, the more I realized that Starfleet Academy is already here.

The Air Force Academy has been turning out cadets who specialize in space operations for decades.

Gazette journalist Erin Prater reported last week that when the Air Force Academy’s Class of 2020 graduates this spring, roughly 60 cadets who study space operations will likely cross-commission into the Space Force, much as the U.S. Naval Academy commissions Marine officers.

When it was created in December, Space Force was made a department of the Air Force, just like the Marines are part of the Navy. If you want to be a Marine officer, you don’t go to the nonexistent Marine academy, you go to the Naval Academy in Annapolis.

If you want to join the Space Force, your best bet right now, go to Air Force Academy.

Talks are underway about offering academy juniors interested in joining the Space Force multiple job fields from which to choose, including space operations, intelligence, cyber, acquisitions and engineering.

U.S. Sen. Cory Gardner, R-Yuma, who was at the school when the commissioning decision was announced, makes the case that the academy’s location here is a strong argument for headquartering Space Command and Space Force here permanently, as well. Trump announced Thursday that Colorado is a strong contender for both, but the decision won’t be made until the end of the year.

The cooperation between Space Force and Air Force Academy “is incredibly significant,” Gardner said at the announcement. “To have that sort of core knowledge here, to have the thinkers and the leaders from here will mean a lot for the Air Force Academy, for Colorado Springs, Colorado, overall, and for our national security mission.”

U.S. Rep. Doug Lamborn, R-Colorado Springs, was also present for the announcement and spoke of the “synergy” that will occur among Peterson, Schriever and Buckley Air Force bases and the academy, and the benefit of being able to “send cadets across town to see space operations and talk to space operators.”

Really, the Air Force Academy became Starfleet Academy long ago. The Academy’s space program, which consists of aerospace experts, mechanics and engineers, was established in the 1980s.

Cadets at the academy started designing and building their own satellites back in the 1990s, and one of their birds, FalconSat-6, was recently launched aboard a SpaceX rocket and is now zooming around the Earth 357 miles up.

Lt. Col. Dan Showalter, an assistant professor of astronautics, manages a team of more than 40 cadets who work on satellite engineering design, building and testing, and more than 80 cadets who support on-orbit operations. AFA is the only undergrad facility in the world building its own satellites.

The academy’s unique FalconSAT senior capstone engineering program is backed by a staff of technical experts, machinists and engineers, according to Roeder.

Two of the cadets who completed FalconSAT have been named Rhodes Scholars.

The academy has been turning out space-faring cadets for a while: 41 of its graduates have been to space.

Retired Lt. Gen. Susan Helms, Class of 1980, once set a world record for spacewalks: 8 hours and 56 minutes. On the first of her five space flights, a 1993 mission on the space shuttle Endeavour, Helms became the first military woman to launch into space, and logged 211 days in space over the course of a 12-year NASA career, according to Kuykendall.

Col. Jack Fischer, Class of 1996, spent 35 days in orbit aboard the International Space Station, according to Kuykendall. He returned to Earth on Sept. 3, 2017, after completing a mission that included two spacewalks totaling 6 hours and 54 minutes. Fischer told Kuykendall his childhood dream of becoming an astronaut led him to the academy. “It started with a trip to see my grandpa at Johnson Space Center when I was 6,” he said.

When Space Force is complete, the Pentagon believes it will have about 15,000 personnel, including enlisted men and women, officers and civilians. That means the academy is going to be a very busy training ground for the space troops of America.

It could be that a future Captain Kirk is already taking classes there now.