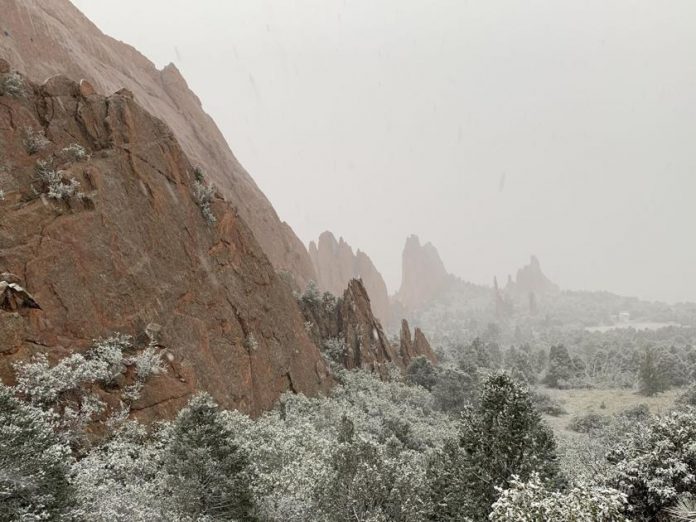 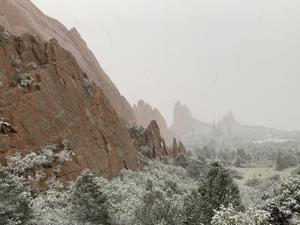 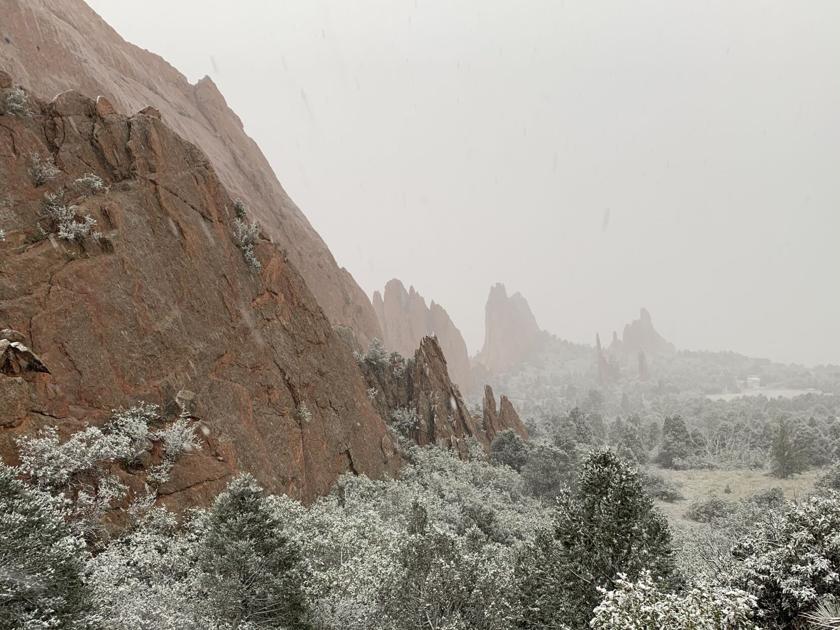 A quick storm is expected to dump several inches of snow on Colorado Springs starting Wednesday, a day after runners were out in warm sunshine, drivers washed cars and gardeners looked wistfully at the calendar.

After a few balmy days with highs in the 50s and 60s, the National Weather Service forecast a winter mix of freezing fog, icy drizzle and snow moving in Tuesday night, bringing potential havoc for drivers between Monument and Colorado Springs as conditions create slick roadways.

Officials issued a red flag warning Tuesday afternoon as high winds in advance of the snow blew off the mountains and onto the plains.

Temperatures Tuesday night were expected to reach a low of 18 degrees with mostly cloudy skies and lighter winds between 5 and 10 mph. Widespread fog is likely as well as a slight chance of snow and freezing drizzle after midnight. The chance of precipitation Tuesday night was 20% with precipitation of less than one-tenth of an inch, the weather service reported.

But that’s just the start.

A winter weather advisory was issued for the 12-hour period between 11 p.m. Tuesday and 11 a.m. Wednesday. Officials cautioned the risk of icy roads from earlier precipitation, and falling temperatures, could make the morning’s commute dangerous. Temperatures are expected to reach a high of 34 degrees Wednesday, the agency said.

Not much snow accumulation is expected on the pavement during the day Wednesday, but as temperatures drop into the night more snow is expected to stick, Corey Rivera, a city public works manger who addresses snow management, said in an email.

A winter storm watch will be in effect from 3 p.m. Wednesday until 11 a.m. Thursday, when as much as 6 inches of snow accumulation is possible. Thursdays morning’s commute is expected to be hazardous because of the accumulation of ice and snow overnight, the weather service advised.

Highs will reach 32 degrees Thursday but skies are expected to clear during the afternoon, the agency said.

In order to prepare for the wintery mix headed to Colorado Springs plow crews will roll out around 3 a.m. Wednesday to treat roadways with chemicals, Rivera said.

“Every storm is different,” he said. “But this one looks like a lot of snow for a short window of time, which dilutes the materials when snow builds up so fast, so that’s why pretreating the roads.”

By Friday temperatures are forecast to bounce back into the 40s with sunny skies.