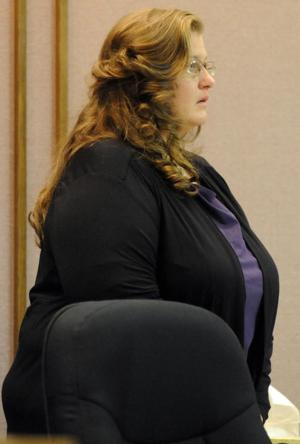 A Colorado Springs woman who tortured a 2-year-old foster child to death 12 years ago angled for an early release from prison Wednesday at a parole hearing.

Jules Cuneo, 46, is nine years into her 32-year sentence for inflicting a head injury that killed Alizé Vick in October 2007. She was found guilty of child abuse resulting in death in February 2010. El Paso County Human Services had taken custody of Alizé and her younger brother, Anthoni, after both parents wound up in jail.

Cuneo was denied by one community corrections board on Wednesday but will be referred to a second board for consideration, according to Lee Richards, a spokeswoman for the 4th Judicial District Attorney’s Office. But prosecutors say the bid for parole from Cuneo highlights a gap in state laws that allow child abusers who kill children to try to cut their prison time short.

Wednesday, Alizé’s grandmother and great-aunt said the parole hearing was evidence that the 2-year-old had fallen through the cracks of a faltering system.

“I’ve been struggling with this for 12 years,” said Kathleen Lee, the girl’s grandmother. “Just when I think I’m going to be OK with it, I get a letter …  saying she’s eligible for community corrections or the parole people call me and say another halfway house is considering her. It just brings back the whole situation all over again.”

The sisters questioned Cuneo’s sincerity at the hearing, and reiterated the frustration they felt a decade ago, when Cuneo avoided a first-degree murder charge.

“When she got to speak, she minimized everything …” Lee said. “We were sitting at the table with her and she kept referring to ‘the victims’… I just felt like if she were sincere about it she would have called them by (their) names. She never once mentioned Alizé by name.”

“The 10 years she’s been in there, she doesn’t have any remorse,” added Jolene Tallent, Alizé’s great-aunt.

In another attempt to have a judge reconsider her sentence, according to court documents, Cuneo “once again raised the factual defenses that she asserted at trial.” She again claimed that the head trauma that caused Alizé’s “brain death” was from accidental falls.

Cuneo will have the chance to be accepted into a halfway house through Community Corrections before being considered for parole, Pearson said. For Alizé’s family, it’s just another hearing that brings back the flood of trauma their family went through 10 years ago.