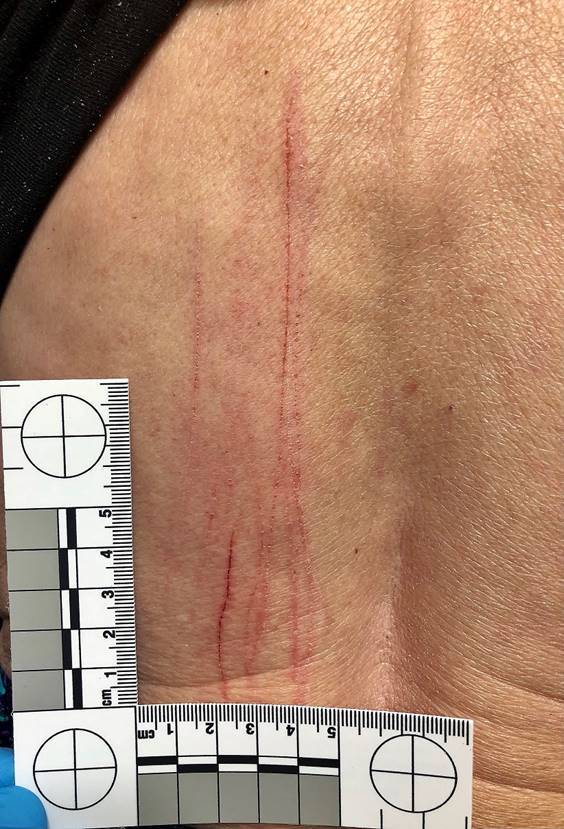 WOODLAND PARK, Colo. — A 77-year-old woman was injured after a deer followed her into her home and attacked her, Colorado Parks and Wildlife said, adding that they believe the woman’s neighbors had been illegally feeding the deer and it had lost a fear of humans.

The woman said she was bringing groceries from her car to her home on Tuesday when an adult doe followed her in through her propped-open door, CPW said.

She said she turned around to find herself face to face with the large deer, which appeared comfortable being indoors. As the woman tried to get it outside, the animal started eating food in her kitchen, CPW said.

The woman told CPW she threw objects at the deer’s hooves in an attempt to scare it off, but it refused to retreat. When she turned around for a moment, the deer reared and “began thrashing her back with its hooves,” CPW said.

She was able to remain on her feet and was finally able to shove the deer out the back door. But as she was removing the prop that had the door open, the deer ran back inside.

This time, the woman was able to use a mop to push it outside, CPW said. She was then able to close the door.

The woman had multiple scratches, cuts and bruises from the attack.

When CPW officers arrived at the home, the deer was gone. But the woman told officers that her neighbors feed the deer, so it would likely be back the following morning. Feeding deer is a violation of Colorado state law and violators can face a $100 fine.

The following day, a CPW officer returned to the area and saw the doe in the woman’s yard. The officer was able to identify the doe based on unique markings and it was euthanized.

The deer’s body was sent to a lab for a necropsy.

This case remains under investigation.

Cody Wigner, CPW assistant area wildlife manager for the Pikes Peak region, said this is another example of what happens when people feed wildlife.

“They become habituated to people, lose their fear and become aggressive and dangerous,” he said. “This deer showed no fear of the woman and was quite comfortable entering her home. And when our officer responded to the scene, it approached within a few feet. This tells me the deer was far too comfortable around people. Dangerously comfortable. It viewed humans as a source of getting food.”

These types of conflicts are on the risk, particularly along the Front Range, CPW said.

“All three of them, and this lady in Woodland Park, are lucky the results weren’t much worse,” Wigner said.