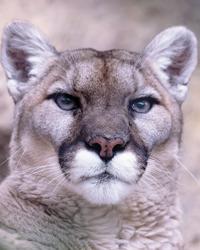 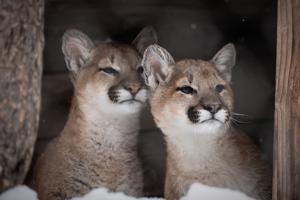 Sequoia, one of three orphaned mountain lion cubs brought to the zoo last year, died Sunday night after post-surgical complications from being spayed, the zoo said. The mountain lion and her sister, Adira, underwent the procedure Jan. 9.

Although spaying is a common procedure, any surgery requiring anesthesia is complex, zoo officials said.

“The surgery requires incisions between the protective muscles on the animal’s abdomen …” according to the zoo statement. “Although complications are rare, they are possible, and can be very serious. The animal care team made the decision to perform spay surgeries on Sequoia and Adira because unspayed big cats are more likely to experience health problems later in life, such as cancer and hormonal imbalance that can cause infection.”

The procedure also helps keep wild mountain lions away from the exhibit during times of estrus, a recurring period of fertility in female mammals.

Sequoia’s death may have been caused by an allergy to her sutures, the zoo said in the statement. When staff x-rayed Adira to check for a similar reaction, they found “something that looks like wire or rope” in the animal’s stomach.

It’s unclear what the object is, but there’s a chance it could pass naturally, according to the statement. Zoo officials said they hope that will be the case, as additional surgery could pose even greater risks.

The cubs’ brother, Sitka, was neutered Jan. 9 as well. He appears to be recovering well from the less-complicated surgery, the statement said.

“We first noticed swelling around Sequoia’s incision mid-last week, which isn’t unusual,” Jon Romano, Cheyenne Mountain Zoo head veterinarian, said in the statement. “We treated her with anti-inflammatory medications and antibiotics and continued daily checks while limiting her physical activity. I personally assessed Sequoia on Saturday night and was satisfied with her progress. Sunday morning, we discovered her surgical site had opened up overnight.”

Sequoia, Adira and Sitka were brought to the zoo in May from Washington after a conflict with a person led to the death of their mother. At the time, they were estimated to be about 6 months old. The cubs were fondly dubbed the “grandchildren” of resident senior mountain lion, Kaya, who died in October.

“Sequoia’s passing has shocked us,” said Bob Chastain, president and CEO of the zoo. “Even after 25 years in the profession, this doesn’t get easier. It is a reminder that no medical procedure is simple or without risk. ”