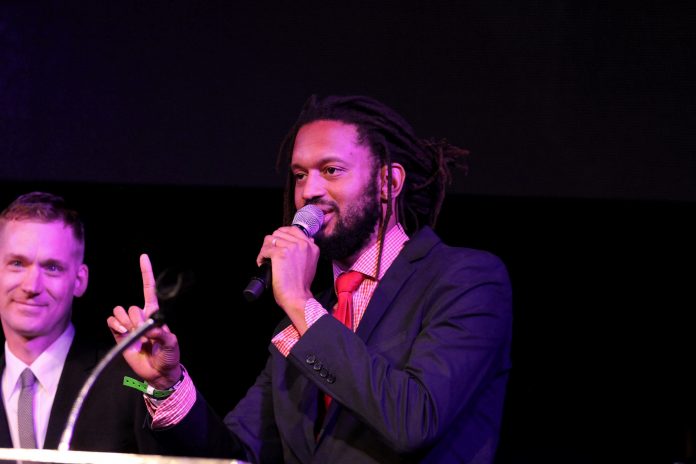 “I have observed an amount of invisibility about American teenagers during this time” noticed Jami Duffy, Executive Director of Youth on Record, when talking about the conversations she would hear about youth going back to school.

“Teenagers are not talked about. They’re not brought into conversations. We may hear people talking about their own (teenagers), but because those kids have a level of self-sufficiency where they don’t need their parents to log them on to the computer, and don’t need somebody to manage their schedule — more than I’ve ever seen, boy, the American teenager is invisible right now.”

Duffy’s mission, and that of the local youth-serving nonprofit Youth on Record, is to ensure that all kids in the Denver Metro Area are seen especially during trying times. Recently on 303 Magazine, we featured Duffy’s poignant words in an article discussing nonprofits on the brink. In it, she compared the hoops nonprofits jump through to secure funding during this time to rings of fire. To gain further insight, we spoke with her and Stephen Brackett, Director of Special Programs and Co-Founder of Youth on Record, as well as attended the COVID-19 Year In Review Thought Leadership series put on by Youth on Record, to understand what it is like steering a nonprofit during a deadly pandemic and how this virus has impacted the youth of our community.

“If you can even have billionaires who are freaking out during this time, then what does that mean for the teenager who has to work because their mother has decreased lung function from COVID, and tries to do asynchronous learning in between those shifts?” asked Stephen Brackett.

While the disadvantages of online learning compared to in-person learning are commonly discussed on a macro level, Brackett has seen the far less discussed implications online learning has for youth in their day-to-day life outside of a lesson plan.

“I found some students who are safer than they’ve ever been because they’re home and they don’t have to deal with a school that can’t deal with their neurodiversity and can’t create things that make (neurodiverse youth) feel okay and regulated. So now that they’re home, they actually get better grades than they ever had. And then I also know students who had straight A’s their entire life and now are just suffering and can barely get it together. Then there are other students whose school was a place for them to be safe from their abusers. Now, they’re stuck in the house with them.” 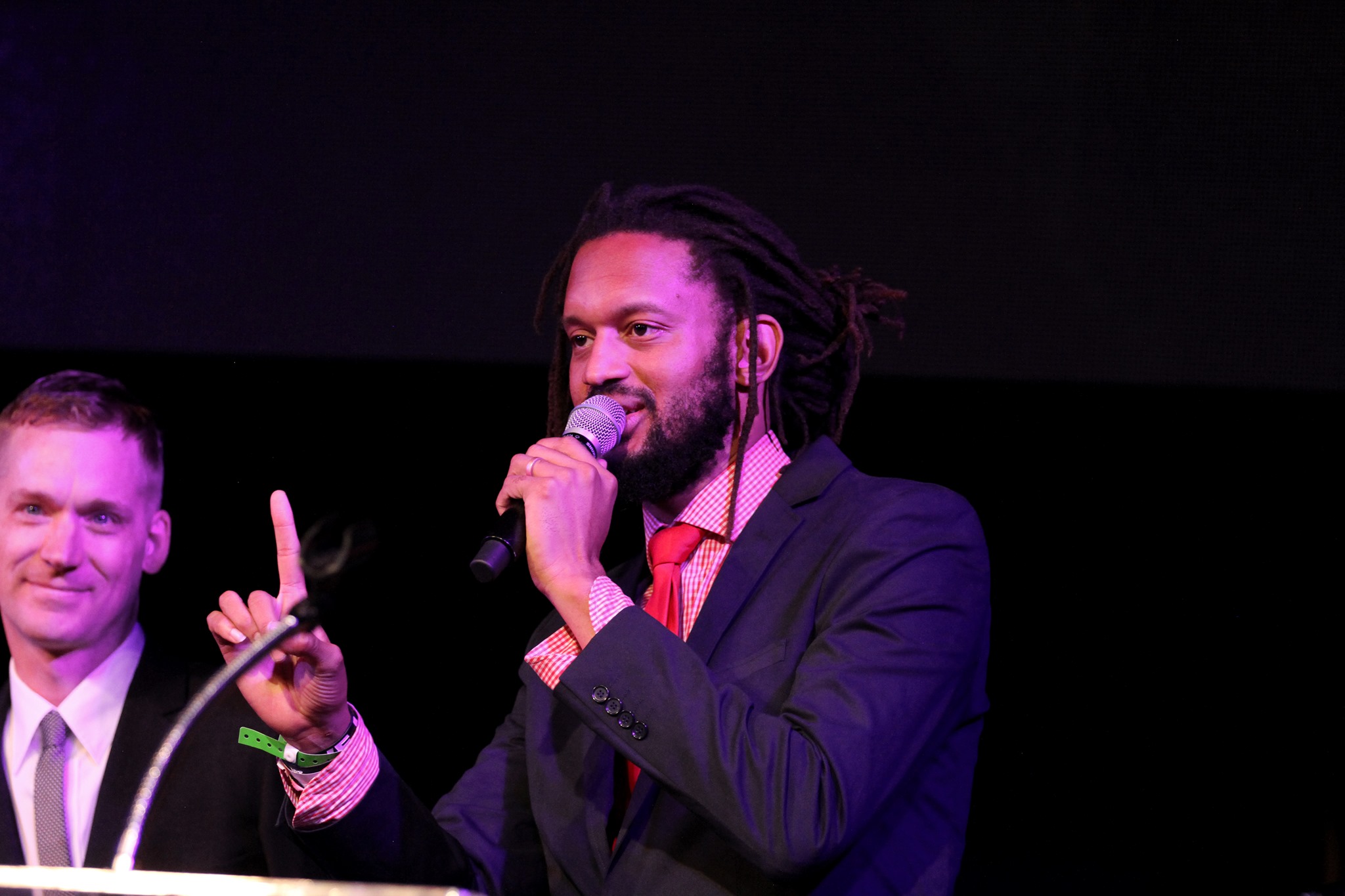 Some youth are finding relief from a cycle of negativity experienced in school, while others are thriving in their home learning environment. This dichotomy is only made more extreme when factoring in the education inequality that has plagued our school systems for many generations.

“I will say this predominantly to sort of white community and family members who don’t know about this” starts Duffy. “When I’m calling people in. I say look, we need to look at the data across the board. Black, Indigenous and Youth of Color, their achievement gap and their ‘performance in a traditional school setting’ is significantly lower than their White peers across the board. So you either believe one of two things. You believe there is something about Black, Indigenous, and Youth of Color that they just can’t perform at the same level. Or, you believe that the system is set up in a way that disempowers these young people from performing. Youth on Record is clearly the latter because all young people have incredible potential, but all young people do not have access to that potential.”

Brackett expands upon this,

“I feel like times of great crisis are also a time of interruption and that means it’s a time of reckoning and by that I mean, we need to look at how we make these things better. We need to look at new practices. For one, all of our students and teenagers are people with as many stories as there are people, and at the same time, we need to be looking at why is this not working for so many of our people.”

Whether through music learning, unlocking artistic expression, or emotional support, it is Duffy’s and Brackett’s job to provide for the kids in our community who need it the most. It is no easy endeavor, but the Youth on Record team, composed of over 30 members, has found a way to support one another as they help youth traverse the unknown.

“I came into this role when I was 28 years old,” said Duffy. “For 11 years I’ve been doing it, but a couple of years ago, I had gone through a process of understanding that my most important work is to support our team so that they can go support young people. We started as a team going down a road of a practice that I have called ‘inner life work.’ Really what we’re saying here is that while there’s a big focus on diversity, equity, and inclusion in every sector, unless you create a workplace where the whole person is allowed to show up as who they are, where they are, what they are, and how they are, you maybe have created a diverse workplace but you certainly haven’t created an inclusive and equitable workplace. My job throughout the year was to be steady and to acknowledge where our team was to understand that folks weren’t sent to work from home but instead were sent home because of a global deadly pandemic and were asked to continue working. Those are very different things.” 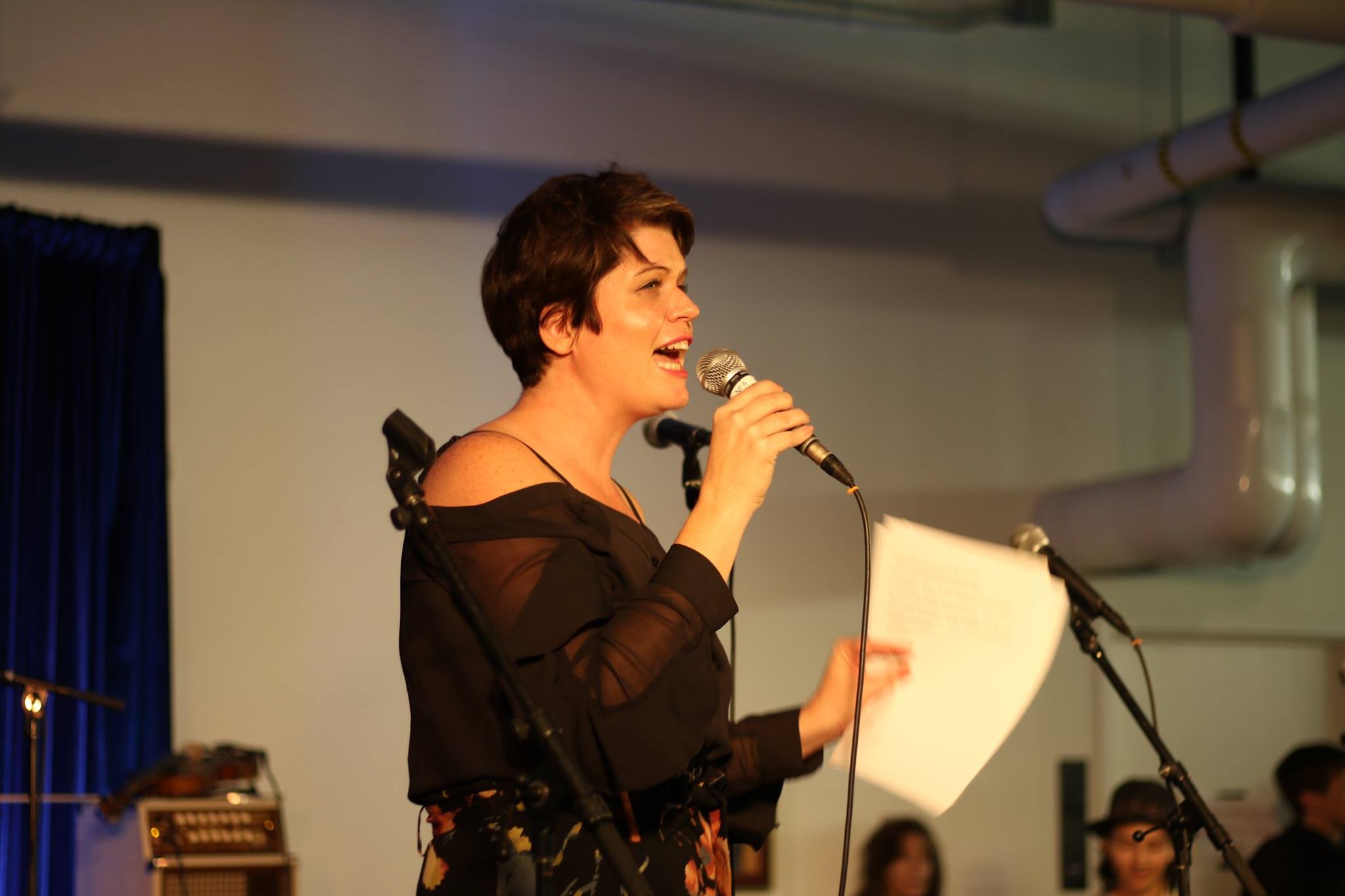 A global pandemic was not the only tragedy that came about in the past year. Duffy recalls taking the inner life work practice to aid her team in emotionally working through the murder of George Floyd, public outcry for racial justice, and the insurrection at our nation’s capital. Through it all, she feels that her team has never been more honest and close. In her words, “We have lived our values more this year than any other year in our 11 to 12-year history.” Through all of it, Duffy notes that young people have always anchored the organization in disorienting times.

“How we treat the students is how we want to treat our staff and each other,” said Brackett. “Because we are upholding that value. It has made the workplace, for me, a home place. It is a place where I can talk about my doubts anxieties and fears, even in trying to steer the ship as part of the executive team in this organization, and then we have a place to hold it.  So, it’s not as though I have to sublimate that and then just do my job. Just like we’re not asking that of any of our teaching artists, but then also that allows everybody else to hold and care for each other.”

Supporting each other so closely has allowed the organization to give agency to their staff in a situation that many have found themselves feeling powerless. More than supporting productivity and empowering people with agency, Youth on Record shows up for its staff emotionally. Brackett passionately believes that the safety brought about by expressing care for one another is a civil right that needs to be fought for now more than ever. This extends to the youth his organization serves. This is why Youth on Record is fundamentally shifting who and how they serve youth in the future. 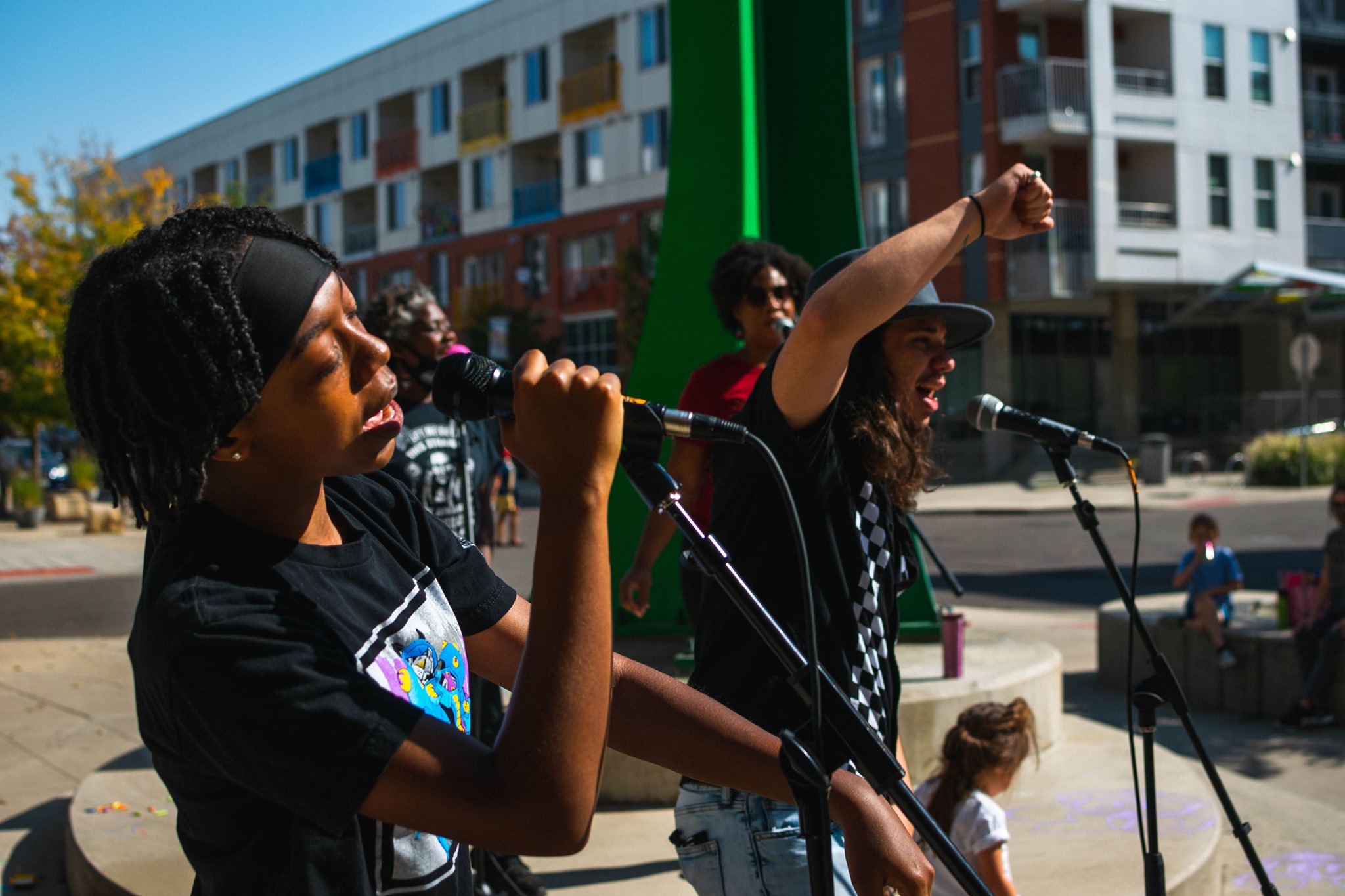 From the lessons learned during the past year, Youth on Record is realizing that they have the benefit of providing curriculum and supportive programming in ways that large schooling institutions do not. This is where they have proposed a hybrid model of programming that incorporates both an online and in-person component to their organization. They want to ensure that the youth who need and thrive in an in-person environment can still do so, and youth that works best when engaging in programs online still have an option to continue in that space.

The age range of kids that Youth on Record supports has also adapted to best support the needs of the community. The organization realized that they need to serve youth in middle schools, but also those who are in our high-schools and in post-secondary education. This means serving young people from the age of 11 to 24.

“At Youth on Record we define youth as being up to age 24” explained Duffy. “And we would run into some issues with funders who would stop the age of youth at 18, even though you can technically be in public school until you’re 20, and they had never heard that before.”

Duffy further explains that youth who do not go to universities after high-school, compared to those who do, face their own significant challenges. “Not only are they not having access to a degree, but they’re not having access to meal preparation, mental wellness support and activities, counselors and a continued peer support network.”

There are systems in place for those entering into post-secondary education that still helps support the healthy growth of a maturing young person even if there is more autonomy in this setting. With government and private pools of funding generally separated into smaller pools supporting defined age groups, there is often a large depreciation in funding for nonprofits to seek out when supporting older youth neer, and after, aging out of high-school. Duffy and Brackett heard alarming language in the local school systems that classified these youth as “old and far.” Meaning the oldest kids in the school system are the farthest away from graduation. 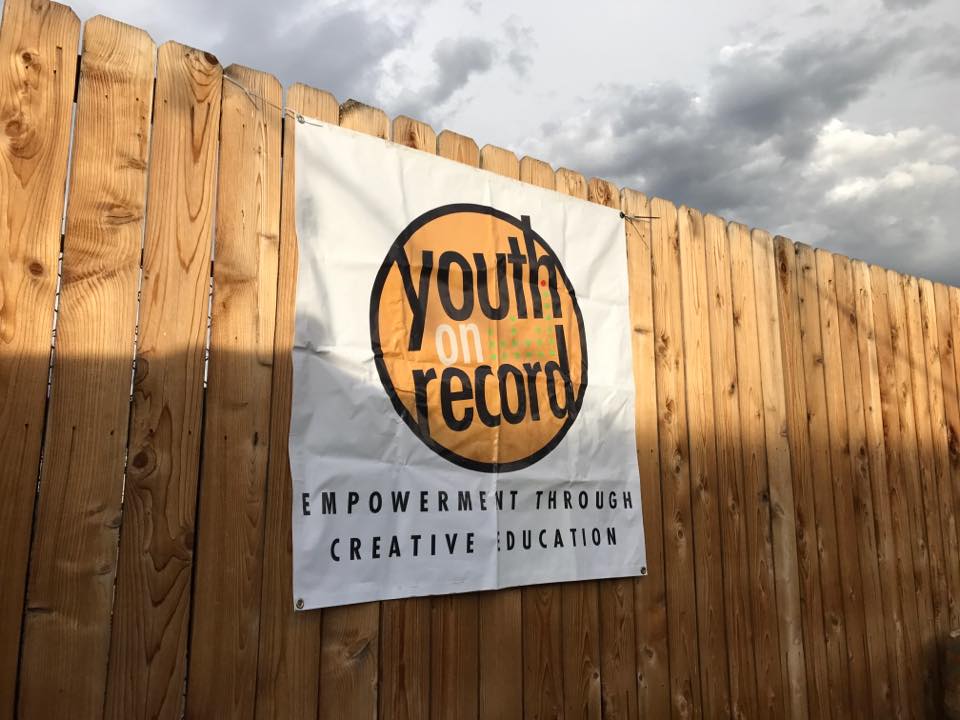 Youth on Record argues that the need for support in the life of youth does not stop when adult-made societal ideologies say so. This has meant the expansion of who they support and how they support them. Youth on Record is making the case for how our society needs to change the way we look at caring for our youth. This organization is always looking for the continued support of the community, whether monetarily or through volunteering.

“I’m hoping that the adults who are at the helm right now can be thinking about teenagers as human beings and not a problem” said Stephen Brackett. “And then with that, how do we give them a more equitable shot than even we had.”